Our stats nerds (me and my phone calculator) have just stumbled across the mother of all Dream Team tips.

Paul Pogba is officially the most in-form player on the game since Ole Gunnar Solskjaer became Man United manager.

Jose Mourinho is in our thoughts at this difficult time. 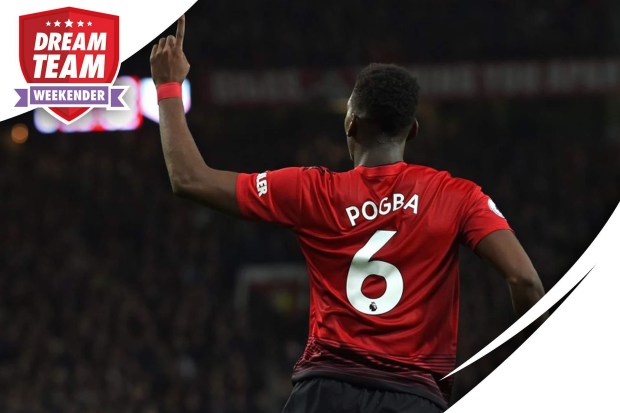 Game Week 17 marked Solskjaer’s first match in charge of the Red Devils and since then no player has been in better form than the enigmatic Frenchman.

Pogba’s remarkable average of 9.99 points per match dwarfs any other players’ total in that time and highlights how much of a Dream Team must-have he’s become.

Spurs’ Heung-Min Son is the best of the rest behind the United No6 and boasts an impressive total of 8.9 PPM.

We’re all familiar with Pogba’s improvement since his archenemy left the club but the Dream Team stats behind his upturn make for staggering reading.

United’s club-record signing has eight goals and five assists in the ten games he’s played since he single-handedly dabbed Mourinho out of Old Trafford.

The Frenchman was averaging an underwhelming 3.65 PPM before the club’s hierarchy called time on Mourinho’s tenure.

Five goals and four assists was all Pogba managed in the twenty games he played under the Portuguese, a stark contrast to the goal involvement he’s now producing for Solskjaer.

United’s No6 has a hefty price tag of £5.6m making him the joint-fourth most expensive midfielder on Dream Team and the eighth-most expensive overall.

However, Pogba is doing more than enough to justify that level of investment and currently appears in a modest 30% of teams.

Thousands of you are making a huge mistake by ignoring Dream Team’s most in-form player.