But believe it or not, everyone’s least favourite month of the year ticks over to February on Friday and THREE new Dream Team transfers drop on the very same day.

Here we give you a hand deciding who to pick, detailing and rating how tough the top six clubs’ fixtures are over the month ahead. 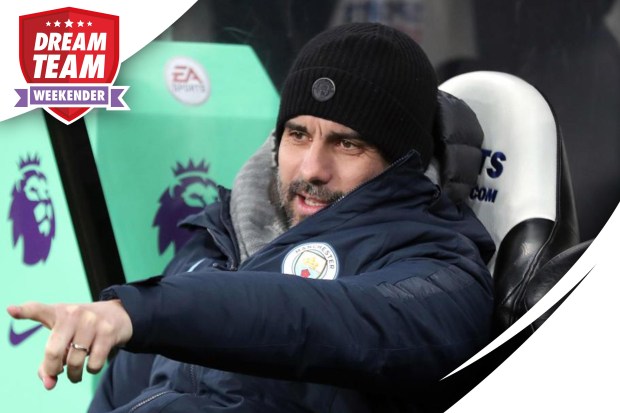 Liverpool are five points clear and sitting pretty at the top of the Premier League table at the moment.

What’s more, upcoming league matches against West Ham, Bournemouth and Watford shouldn’t be too problematic, but you imagine the Reds have one eye on their Champions League clash against German giants Bayern Munich and the other on their trip to Old Trafford to face in-form Man United.

January was very nearly a perfect month for City before their surprise defeat to Newcastle during the week.

That means their home games against Arsenal and Chelsea will be go down as must-wins if they want to close in on Liverpool.

Keep an eye on Pep Guardiola’s striker rotation, as both Gabriel Jesus and Sergio Aguero are seemingly fair game at the moment.

Leroy Sane will be relishing his return to Schalke in the Champions League.

Like Liverpool, Spurs have only got five fixtures pencilled in this month, with their first three all at home.

Of course, the bad news is that they’re still missing both Harry Kane and Dele Alli through injury, but the return of Heung-Min Son will certainly boost their attack.

The South Korean will be licking his lips at the prospect of facing Dortmund in the Champions League, as he’s netted EIGHT times against the German side over the years.

Arsenal go into February seriously lacking defenders in their ranks.

Sokratis and Hector Bellerin both picked up injuries in Jan, with the former out for a few weeks while the latter will miss the rest of the season.

That’ll make their trip to the Etihad all the more daunting, while their two-leg clash in Belarus will certainly stretch their squad.

Keep an out for new boy Denis Suarez; a little birdie has told me he’ll cost £2.5m when we add him to Dream Team later this week.

With a massive SEVEN games to contend with in February, Chelsea certainly do have a hectic month ahead.

And many of their upcoming games look a little tricky too, while Maurizio Sarri’s side aren’t exactly in the best of form right now.

As well as three Premier League games to come, the Blues are also back in action in the FA Cup and Europa League before their Carabao Cup final clash with City at the end of the month.

Under Ole Gunnar Solskjaer, the Red Devils have won eight of their last nine matches – with only that recent 2-2 draw with Burnley the blotch in the form book.

United are still competing on three fronts, with the league, Champions League and FA Cup to contend with.

That means they’ve got six matches in a 24-day span; hardly ideal for Solskjaer, who’ll likely be forced to rotate his side.

That gives the resurgent Alexis Sanchez plenty of opportunities to impress.