We have a Dream Team dilemma on our hands.

The best player in the Premier League right now might well be Heung-min Son. 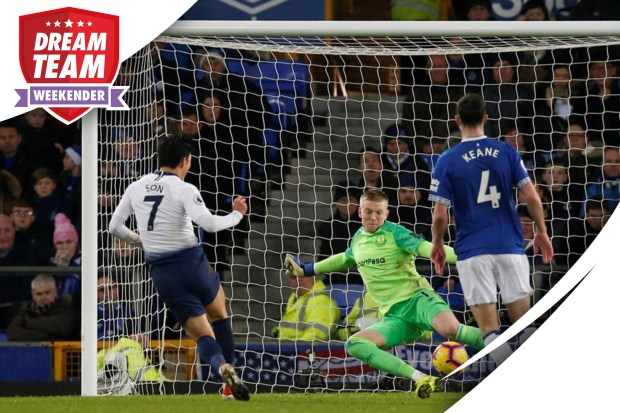 The effervescent South Korean is really enjoying himself at the moment, notching six goals and three assists in his last five games in all competitions.

In those five games Son has 52 points, ahead of team-mate Harry Kane (48) and a resurgent Paul Pogba (45) as the most prolific player on Dream Team in that period.

The 26-year-old is the eighth most transferred in player over the last month and, for those of you who haven’t yet, it’s surely a no-brainer about bringing him in when new transfers land on Friday.

But there’s a conundrum.

Son continued his fine form with a goal and assist in Spurs’ 3-0 win at Cardiff on Tuesday night but he’s jetting off to represent South Korea in the Asian Cup later this month.

He’ll be available for their next three games – including the Carabao Cup semi-final first leg with Chelsea – before he departs.

Son will then miss clashes with Fulham, Watford, Newcastle and the second leg of that semi-final – all games you think he could score decent points in.

So what does a non-Son owner do?

Transfer him in on Friday, hope he does the damage in his next three games and then take him out later in January? Or resist the temptation altogether?

The 4.6% of you who do have Son in your sides will be feeling very smug right now…