Roll up roll up.

It’s business as usual this week as the Premier League returns after a brief romance with the cup competitions.

So which players are either out or a doubt for the action?

Big Ruben was sorely missed as Chelsea showed a lack of cutting edge in the box against Tottenham in midweek.

And it looks like the young Englishman will miss their clash with Newcastle too with a back injury, with a return date unknown at the moment.

Liverpool’s FA Cup exit to Wolves may have looked strategic but they lost Lovren to injury inside the opening 10 minutes.

The enigmatic Croat picked up a hamstring problem and is likely to miss the next couple of games at least.

Gabriel Jesus took centre stage in Man City’s thumping wins over Rotherham and Burton in the last week, but the Premier League champions would love their main number nine back.

Aguero has been struggling with an illness since the win over Liverpool so is a slight doubt for their clash with Wolves on Monday.

Bournemouth’s form has really taken a slide of late so they could do with their top scorer staying fit.

Wilson, who has been linked with a £50m move to Chelsea, faces a late fitness test for their trip to Everton to see if he has overcome a tight hamstring.

When it rains it pours for Bournemouth, with Fraser joining Wilson on the doubt list.

One of the bargains of the season limped out of their FA Cup defeat to Brighton last weekend and will similarly undergo a fitness test to determine what shape he’s in.

Spurs welcome United to Wembley on Sunday but may have to do it without Lucas, who got a knock in the win over Tranmere.

Luckily they have Heung-min Son and Erik Lamela who are more than capable, the former who is in the form of his life before he heads off to the Asian Cup. 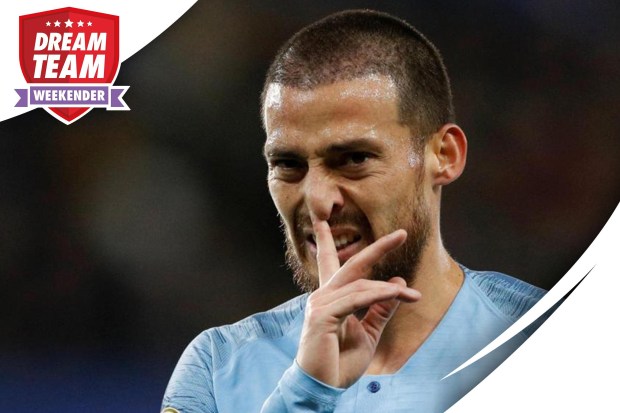