It’s time to brush the dust from your Dream Team, because Premier League football is BACK this weekend.

And with everyone going Black Friday bonkers at the moment, we’ve had a look at the very best fantasy football bargains available this season. 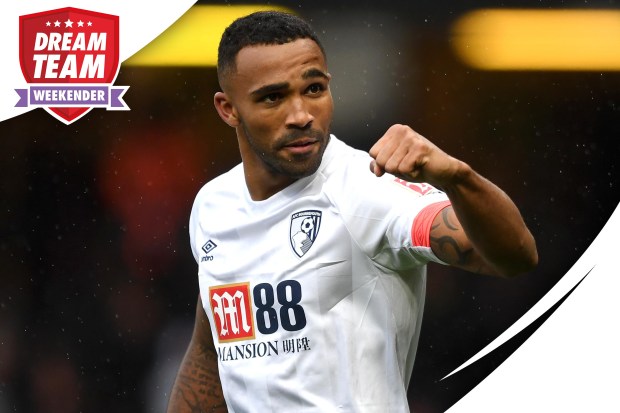 Our favourite Dream Team bargain so far this season has been their right-back Matt Doherty.

Not only is he cheap, but he’s been exceptionally brilliant, notching a goal and two assists to take home 67 points, making him the best player on the game priced under £2.5m.

Spirits will surely be high in the Bournemouth dressing room this weekend.

Not only did Callum Wilson enjoy a goal-scoring England debut (more on him later), but midfield starlet Ryan Fraser was on target for Scotland as they secured promotion to UEFA Nations League B.

In fact, with five goals and seven assists for club AND country this season, the youngster has been one of the standout bargain buys on fantasy football with 75 points.

Spurs fans have been loving this guy in recent weeks.

After his successful recovery from two hip surgeries that kept him out of the team for over a year, Erik Lamela has been the club’s standout player this season – boasting 62 Dream Team points at present.

And because of his injury problems, his start of the season price was rather low. That means Dream Team bargain-hunters can get the in-form winger for just £3.3m.

Everton’s summer signing could prove to be the ultimate fantasy football hack this season.

Not only has the Brazilian midfielder netted six times so far, but he’s been playing as a make-sift striker for club and country.

It’s not easy to find goal-scoring midfielders on Dream Team, let alone for such an affordable price.

Get ‘im in your line-up quick, before his price begins to sky-rocket!

If you need to fill a space in midfield on limited funds, there’s few better options than Liverpool’s ever-reliable James Milner.

The 32-year-old continues to feature in the Reds starting line-up and has even popped up with some important goals this season – netting against the likes of Arsenal and PSG.

What’s more, can you think of anyone as cheap as this guy who plays regularly for one of the league’s title contenders?

It’s been a fairly grim ol’ season for Man United. But just imagine how things would be if they didn’t have Martial in their ranks?

The Frenchman has been the club’s saviour in recent games, netting six times since October to make him one of the best players to have on Dream Team.

Fortunately, his price hasn’t quite caught up with his form just yet, making him one of the more affordable goal-scorers around.

Bournemouth’s goal-machine must be pinching himself.

A dream start to the new campaign – where he’s netted six times so far – was followed up by an overdue England call-up for the games against the USA and Croatia.

And after scoring on his Three Lions debut, the striker will be hoping to add to his tally against Arsenal on Sunday.

If you fancy snapping him up in time for that one, he’s still an absolute steal at £3.7m.