It’s an unwritten rule of Dream Team that your players need to pull their weight in more ways than one.

Jam-packing your team with forward-thinking defenders can often be the difference between whether or not you hold the bragging rights at the top of your mini leagues.

The problem is, these defenders don’t come cheap… or do they? 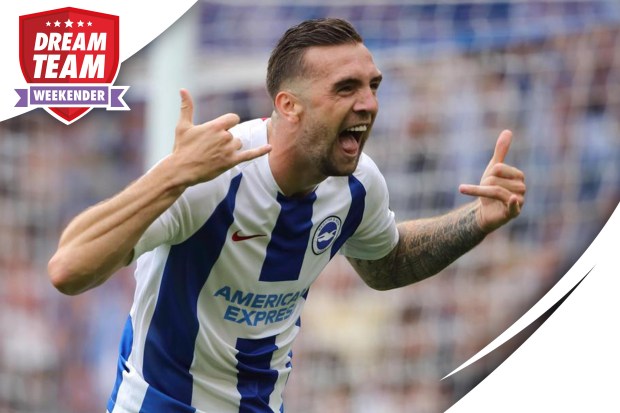 We’re all familiar with the crusading antics of Aymeric Laporte, Andy Robertson and Marcos Alonso this season, but fitting all of these in your side is virtually impossible.

So, with the hope of keeping the purse-strings somewhat restrained, here are five alternative attacking defenders who virtually nobody is picking.

Kolasinac has failed to reach the lofty expectations we all had for him following his move from Schalke on a free transfer in 2017.

The powerful full-back has shown glimpses of his vast potential but injuries have hampered any consistent runs in the Arsenal side.

However the 25-year-old’s attacking threat cannot be understated after he registered 114 points in Dream Team last season.

Kolasinac is yet to show us his best this season but with Nacho Monreal sidelined through injury, the man-mountain is Unai Emery’s only option at left-back.

We were forced to wait to see Mina’s first full-outing in an Everton shirt but it was a debut well worth the wait.

The Colombian picked up the Man-of-the-Match award after a monumental performance in the stalemate against Chelsea at Stamford Bridge.

The former Barcelona man might have stolen the show with his defensive display, but the best could still be yet to come from the 6ft4in defender.

One of Mina’s standout traits is his effectiveness as a weapon in the opposition box from set pieces, something we became all too familiar with at the World Cup this summer.

Everton’s summer arrival is yet to get off the mark under Marco Silva, but surely it’s only a matter of time until the £3m man becomes the goal-scoring threat we know he can be.

Digne has been one of Silva’s most-consistent performers this season and looks to be just as effective going forward as he is defensively.

The 25-year-old has two assists to show for his offensive efforts so far this campaign and there is still plenty more to come from the marauding left-back.

Digne has formed an impressive relationship with Bernard on the left of the pitch, with the Frenchman’s overlapping runs perfectly complimenting the Brazilian, whose party-trick has been to cut inside and cause havoc.

Everton’s long-term successor to Leighton Baines is available for an enticing £3m and already has a respectable 36 points to his name.

Chilwell’s rise to stardom has had major ramifications on not only Leicester’s season but also for Gareth Southgate’s England.

The left-back has emerged as one of the Premier League’s most-promising young defenders and has impressed defensively but also with his willingness to threaten in the final third.

The 21-year-old has two assists to show for his attacking efforts this season and was unlucky not to be awarded the goal for his first-half strike that deflected off Hector Bellerin against Arsenal.

The Foxes man’s modest price tag of £2.6m is certain to continue to rise throughout the campaign, leaving the 0.8% of managers who already have Chilwell in their ranks feeling very smug indeed.

Putting football-snobbery aside for a brief moment, Duffy is the less-than glamorous acquisition that your team is secretly crying out for.

Brighton’s defensive linchpin is enjoying a plentiful season in terms of productivity in the opposition box. Who would have thought it?

The 26-year-old has produced two goals and as many assists which have helped him to rack up an impressive 54 points on Dream Team – more than Liverpool’s Trent Alexander-Arnold and Leicester’s Harry Maguire.

The illustrious company that Duffy finds himself in makes it even more of a surprise that only 0.8% of managers have the Brighton stalwart in their side.