Part and parcel of life as a Dream Team manager is forking out the big bucks on premium talent… only to see them inevitably let you down.

In reality you should have just taken that gamble on Richarlison after all.

SIGN UP – OUR WEEKENDER JACKPOT IS £10K THIS WEEKEND! 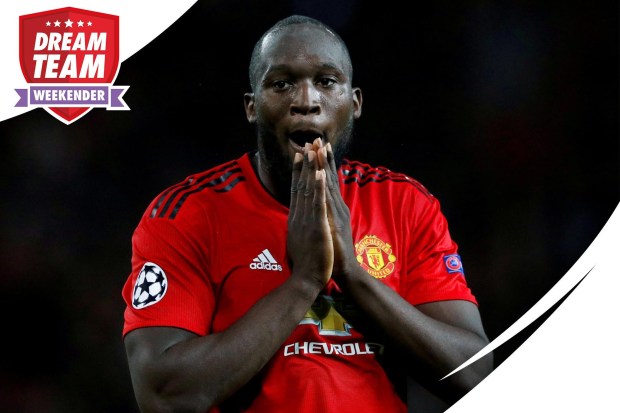 Ignoring the impact of long-term injuries – as those aren’t the fault of the player (CC: Kevin De Bruyne) – we’ve rustled up a list of seven names who we think have been the most disappointing players on this season.

In all honesty, we struggled to refrain from just selecting seven Man United players…

Much was expected of Liverpool’s club-record signing after the long-awaited deal to bring him to Merseyside was finally made permanent this summer.

Keita enjoyed a promising start to life in the Premier League, racking up back-to-back star man award in his first two starts.

However a severe down-turn in form was then compounded by injuries that ruled him out of action five games.

The midfielder was a cheap option who many managers thought was worthy of a punt considering his modest price tag of £3m and the performances he turned in for RB Leipzig.

Keita might well come back to salvage what has been a difficult start. Watch this space.

Lukaku continues to be a player who divides opinion but in the end his goal-scoring record has always spoken for itself.

However the Belgian forward has been an entirely different prospect this season and has seen that Midas touch desert him.

Jose Mourinho’s man has just four goals in 15 games in all competitions and hasn’t found the net since September.

Lukaku’s slide down the pecking order at Old Trafford has coincided with the upturn in fortunes of Anthony Martial who is finally coming good on his potential.

The former Everton man set Dream Team managers back a hefty £6m at the start of the campaign and his price has since dropped to £5.5m.

The lightning-quick forward has continued to be a consistent option over the years but is finding goals harder to come by this season and is struggling to appease the 4% of managers who banked on the Foxes man coming good.

With just 22 points to his name, Vardy is currently being outscored by the likes of Sam Vokes and Danny Ings this season.

Something which might yet spark a rejuvenation for Vardy’s fortunes this season is Leicester’s favourable run of fixtures coming up.

Clashes with Brighton, Southampton, Fulham and Watford are all on the horizon and present opportunities for the forward to rediscover his goal-scoring touch.

Oh Alexis, it wasn’t meant to be like this.

After a slow start to life at Old Trafford last season, we all believed that the new campaign would bring an upturn in form for the Chilean.

Instead it’s been a nightmare spell marred by inconsistency, injuries and off the field disputes with Mourinho.

Sanchez has laboured to just 19 points in Dream Team this season and his price has plummeted as a result.

The 29-year-old can now be snapped up for £4m having started in Dream Team as an expensive £5m option.

Is a January exit looming?

By all accounts it hasn’t been a shocking season for the Brazilian, but we are just left feeling a bit disappointed by his points return so far.

As the focal point in Liverpool’s deadly attacking trident, Firmino has the ability to pop up with goals and assists for Jurgen Klopp’s side.

Frankly, he’s been lacking in both departments this season and as such only has a modest 48 points to his name.

The fact that Firmino is level on points with Glenn Murray and being outscored by Raul Jimenez tells you that he’s not been up to scratch.

Having started the season at £6m – making him one of the most expensive strikers in Dream Team – he’s since dropped to an affordable £5.4m.

If you’re backing the Brazilian to rediscover the form that led him to a monumental 280 points last season, now could be the time to snap him up.

Aguero vs Jesus was the eternal beef that we never thought would come to an end.

However this season Guardiola has finally made his mind up on who he can rely on to consistently produce the goods.

With Aguero having nailed down the lone striker-berth in City’s XI, Jesus has been limited to cameo outings from the bench and cup ties.

He’s still managed to rack up a respectable 42 points for his efforts, but for a man who much was expected of this season, it’s not the return we thought we’d see.

Daniel Sturridge is just one point shy of the Brazilian’s tally and Alvaro Morata (44) has more points – that should tell you all you need to know.

Jesus started the season with a price tag of £4m which has since plummeted to £3.4m, he’s cheap as chips for a top four striker, but don’t expect big points anytime soon.

Having recovered from the injury that ruled him out of action for much of last season, Bailly’s return to first-team action should have been a welcome one.

However in reality, the Ivorian centre-back has been a major act in the circus-like performance of United’s defending this season.

Bailly’s enticing price tag of £3.5m made him one of the most-picked defenders in Dream Team at the start of the season but now only 2.1% have stuck by the under-performing defender.

A particular low-point of his campaign came as he was hooked by Mourinho in the first-half after a disaster-showing against Newcastle.

Bailly’s long-term future looks almost certain to be away from Old Trafford and with his price continuing to drop, it’s now time to ditch United’s No3.