Just hours before this month’s transfers dropped, the Belgian was ruled out for up to six weeks.

Luckily we are here to reveal who you should bring in instead of the Premier League’s assist king. 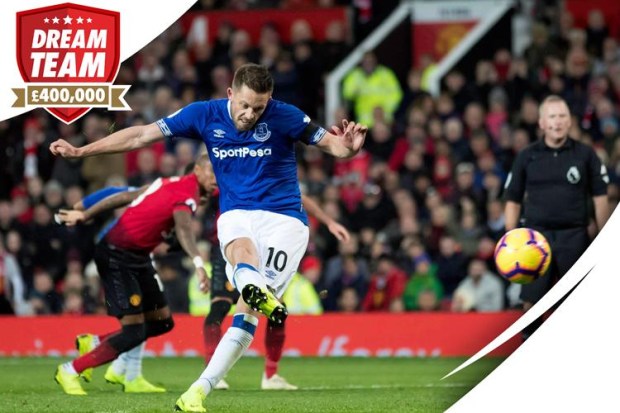 You’ve been waiting for six weeks to draft De Bruyne into your team… and then he gets injured just before you can. What are you going to do?

The Iceman is having the season of his life at Everton.

He’s scored six goals already and has picked up a solid 29 points in his last four games.

Much like De Bruyne, Sigurdsson is a precious goalscoring midfielder and is outscoring Man City’s trio of David Silva, Bernardo Silva and Leroy Sane this year.

Sterling will cost you nearly £6m but he is worth every penny of it.

Only Eden Hazard has scored more points than the 23-year-old this season and he’s averaging 10 points per game in his last three.

Quickly becoming a concrete starter under Pep Guardiola, Sterling could well finish the season top of the tree.

This man is a one-touch wonder – he scored against Spurs with his ONLY touch inside the box this season.

Wolves have won four games this term but with ties against Huddersfield and Cardiff to come before you can get KDB back in your team Neves could be a good option.

The beating heart of Wolves’ midfield, he takes penalties and has a worldie in him.

A bargain basement replacement that frees up some cash for elsewhere in your team.

Who laughed when Everton signed Richarlison for £50m in the summer?

Any gaffer that has the Brazilian in their team can give themselves a little pat on the back.

He registered the 2nd highest score on the game this week with 18 points, backing up his impressive displays at Leicester and Man United.

Richarlison is beginning to look like a real game-changer for the Blues.

Marko Arnautovic has been stealing the headlines but Felipe Anderson snatched 17 points against Burnley in a breakthrough display.

The Hammers have a favourable fixture list, bar Man City, and the Brazilian looks like he is settling into his role at the club and out of Arnie’s shadow.