The old adage suggests form is temporary and class is permanent.

But the former is arguably more important when picking your Dream Team.

It’s all well and good selecting the big names, but if everyone else has already picked them in how do you stand out from the crowd? 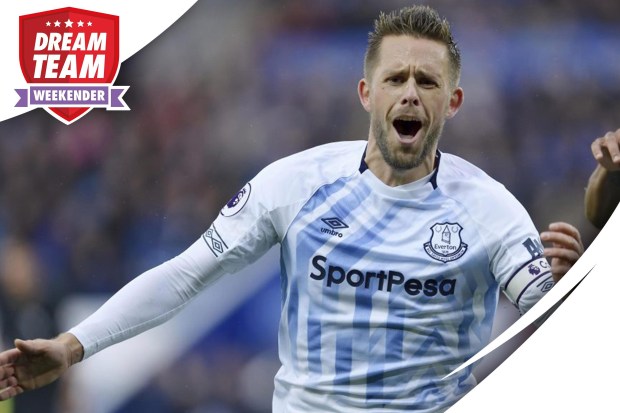 The last month or so has been a fruitful period for a number of players… and we’ve outlined some of the best.

Everton are finally looking like a team again and Sigurdsson’s form has played a huge part in that.

Without a doubt one of the most easy-on-the-eye midfielders in the Premier League, Marco Silva has found a formation to bring the best out of him.

Sigurdsson has either scored or assisted in four of his last five appearances.

The man they call Merlin isn’t just producing magic, he’s conjuring it on a regular basis.

Silva hasn’t always been a regular Dream Team points scorer but in the last 12 months or so he’s added goals to his game too.

He has four goals and two assists in his last seven games, including two Star Man awards.

One season wonder, they said. Will disappear into the abyss, they said.

Alright Salah had a fairly sluggish start to the season but it was only a matter of time before he let loose again.

The Egyptian King has more than doubled his points tally in the last couple of weeks and has seven goals in all competitions.

From the ridiculous to the sublime against Shakhtar, Sterling seems to be at the centre of attention one way or another.

From the ridiculous to the sublime 🙌

Since the start of last season only Salah has been involved in more Premier League goals and assists.

Can we start calling him world class yet?

Wilson is really rubbing shoulders with the big boys at the top of the Dream Team player rankings.

Surely an England call up isn’t far away?