Some players have been doing it all season long.

According to our statistics – the biggest price rises on Dream Team this season – these are the 11 players who have made the biggest improvements since it all kicked off in August.

How many are in your side? 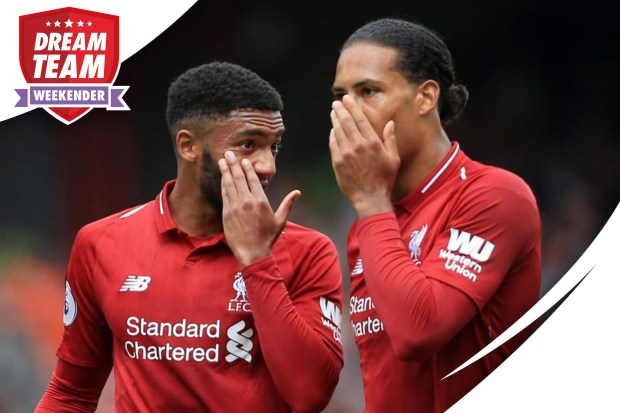 An England call up incoming?

Simply the most reliable defensive points scorer around, building on his phenomenal last couple of years at Chelsea.

Picked up his third assist of the season in the win over Crystal Palace on Sunday.

Alongside Wilson and Josh King, Fraser has formed a formidable trio that has got the Cherries competing for European football.

Slabhead is fast becoming one of the most reliable centre-backs in English football after his stellar World Cup.

Maguire has picked up two Star Man awards and two goals this season.

Mitro really was on fire at the start of the season, banging five goals in his first six Premier League games.

But his form has slumped just as Fulham’s results nosedived, with the Cottagers heavily reliant on their big striker bailing them out of trouble.

Brighton appear to be taking a leaf out of Burnley’s book from last season with their defensive statistics particularly impressive.

Duffy and Lewis Dunk have formed a stoic partnership at the back and the Irishman is a regular goal threat too.

The Reds have dispelled their ‘dodgy at the back’ myth, conceding just five goals in their first 11 league games.

Robertson is still fairly cheap (£3.9m) considering his massive total this season, with only three defenders outscoring him so far.

30.8% of Dream Team managers unsurprisingly have had the Scot in from the start.

Dat Guy really has gone under the radar this season, flourishing when given the opportunity in the Europa League and League Cup.

He’s hit more points (46) than Romelu Lukaku so far despite barely featuring in the Premier League at all.

Wolves’ defence has creaked a little bit in recent weeks but they’ve still conceded just 12 goals in their opening 11 games.

Boly has been a rock for last season’s Championship title winners, outscoring the likes of Nacho Monreal and Chris Smalling.

Fulham might be in defensive disarray currently but Schurrle has been a bright spark since his summer move.

The German World Cup winner has bagged four times in the league and linked well with Mitrovic.