Dream Team can be a cruel mistress.

It is typical that as soon as you transfer out a player they are almost guaranteed to score shed loads of points.

No one has proved that more than Liverpool sensation Mo Salah this season. 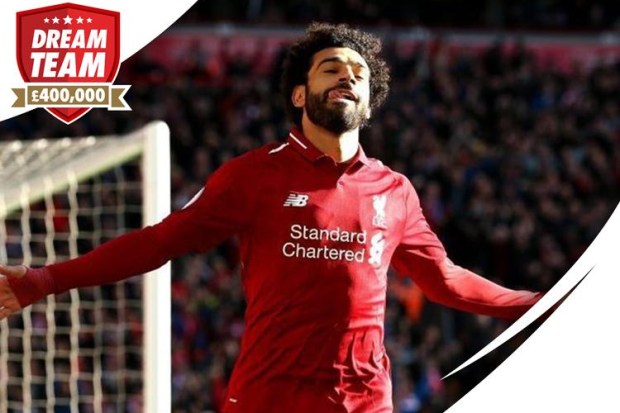 Salah started this season having the scored the second highest total in Dream Team history the year before.

He was the joint-most expensive player on the game with Harry Kane and the Egyptian was a Dream Team must-have, despite costing a hefty £8m.

But as the weeks pushed on it quickly became apparent Salah was still in recovery after that injury in the Champions League final and a long summer at the World Cup.

Salah brought in a solid 23 points from the first three games, but between playing Brighton at the end of August and now he’s endured a difficult dry spell.

You will have seen the stats from before last week that showed Salah to be just one goal behind last season’s form and still creating more chances.

While that might help the team on the pitch, and lead to chances for other players, it doesn’t translate to fantasy points.

Prior to the Huddersfield match Salah had registered a disappointing 11 points in eight games, his bad form culminated with a run of four pointless returns.

Many Dream Team managers kept the faith with Salah for so long, he remained one of the most selected players in the game throughout his bad patch, but in the last two weeks the public opinion shifted.

Since October 12th to last Friday Salah was the second-most transferred out player (behind Romelu Lukaku) as managers got fed up of waiting for him to hit form.

However anyone who got rid of him before the Huddersfield match has made a huge mistake.

Salah scored the only goal against the Terriers before having one of those spells we saw last season where everything he touches turns to gold.

He scored twice against Red Star Belgrade in the Champions League and added another goal and two assists against Cardiff on the weekend.

In seven days Salah scored a whopping 38pts, at an average of 12.7pts per game, more than doubling his total score for the season.

His value has dropped to £7.4m over the season but he is now up to 6th in the total points chart and is in electric form.

With a fresh load of new transfers dropping this Friday it might be time to work out how you can free up the money to get Salah back into your team.