The season is really starting to shape.

The top five are looking good, Man United are huffing and puffing while Fulham are on track to concede a record number of goals. 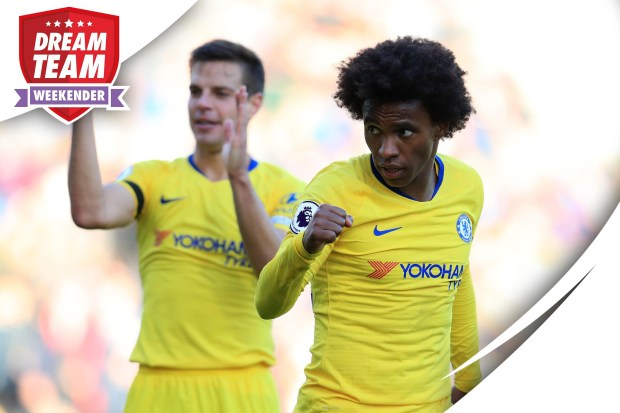 But which unexpected players are rubbing shoulders with the usual suspects? Here are five of the best bargain signings this season so far…

You’d be forgiven for thinking it was all about Hazard this season, with the Belgian the runaway leader at the top of the Dream Team points rankings.

But Willian has been a more than able deputy, quietly going about his business to sit equal second behind his Blues team-mate.

The Brazilian has three goals and four assists in all competitions, crucially picking up four Star Man awards – including two in the Europa League.

Willian’s ability has never been in question, but to see him record such a high points tally already is a little surprising.

Fraser, alongside Callum Wilson and Josh King, have helped turned the Cherries into a clinical attacking side who are just one goal shy of table-topping Liverpool.

The Scot has four goals and six assists to date and is still at a measly price.

Wolves’ impressive start to the season came to a halt at Brighton on Saturday, but that didn’t stop Doherty picking up the Star Man award.

The defender has moved into a more advanced right wing-back position and is reaping the benefits.

Doherty has a goal and two assists combined with the fact Wolves have conceded just nine goals in their opening 10 games.

Duffy is from the school of hard knocks making defending look fun again.

Alongside Lewis Dunk he’s made Brighton more stoic than ever, allowing Glenn Murray to do the business at the other end.

Duffy’s antics have seen his price soar by £0.9m already this season.

The name on every England fan’s lips at the moment, Wan-Bissaka is just unfortunate Gareth Southgate has so many right backs to choose from right now.

The 20-year-old has been more than a match for any winger he’s come up against this season and is outscoring the likes of Roberto Firmino and Lucas Moura.

Despite conceding twice at Arsenal he still picked up the Star Man award after a brilliant individual display.