We need to talk about Michael Keane.

After all, the Everton defender was a pretty big deal a couple of years ago.

Plying his trade as part of Burnley’s solid back-line, the former Man United academy graduate was a Dream Team favourite during the 2016/17 season, but lost his way last season following his big-money move to Goodison Park. 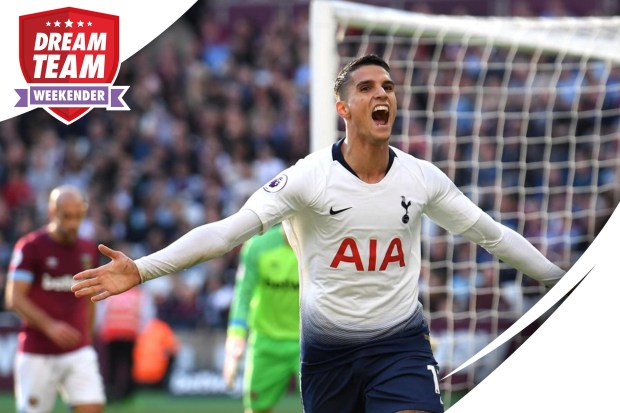 If you remember, the Toffees paid out an eye-watering £30 million to bring him to Merseyside in the summer of 2017.

Good business, some said, with Keane considered a future star for both club and country.

But along with many of his Everton teammates, Keane endured a torrid 2017/18 campaign under Ronald Koeman and later Sam Allardyce.

What’s worse is that his excellent form for Burnley and his hefty price-tag meant he was tipped for big things at the beginning of last season from a Dream Team perspective, but he finished the term with an abysmal haul of just 75 points.

But this season, things are already looking brighter for him and Everton.

Ever-present under new boss Marco Silva – albeit the three games he missed in August and September following his nasty head injury against Bournemouth – Keane has formed a useful partnership at the back alongside Kurt Zouma.

In fact, we reckon summer signing Yerry Mina will struggle to get into this team at the moment ahead of the duo.

What’s more, Keane has steadily been one of the best bargain defenders on Dream Team this season.

Priced at just £3.7m, his current haul of 44 points makes him the second-best Everton player on the game this season – behind only Gylfi Sigurdsson (57 points) and ahead of the likes of Richarlison (36 points) and Lucas Digne (26 points) – and up there among the likes of Antonio Rudiger (44 points) and Willy Boly (42 points).

That’s some turnaround, don’t you think?

Keane will be heading to a very familiar ground this weekend, as Everton travel to Old Trafford to take on Man United.

The 25-year-old made just five appearances for his boyhood club prior to his move to Burnley in January 2015, and will be keen to see off his former employers as Everton look to break into the top six.