We’re charging head first into the upcoming Premier League weekend, after breaking for another stint of international football.

But after England’s thrill-fest in Seville, who are we to have a go at Gareth Southgate and the boys?

The Three Lions ran out 3-2 winners over Spain, with goals from Raheem Sterling, Marcus Rashford and consolations from Alvaro Morata and Sergio Ramos. 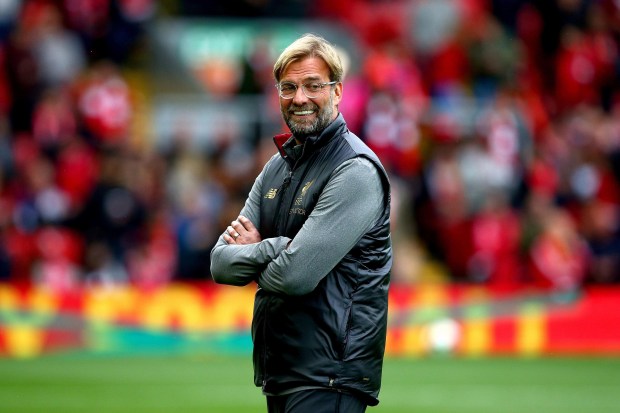 Fantasy football is an entirely different beast though, isn’t it?

After all, we’re all looking forward to Chelsea’s clash with Man United at Stamford Bridge on Saturday, but Weekender fans will be more interested in Man City’s game with Burnley and Liverpool’s trip to Huddersfield.

We’re especially interested in the Reds upcoming run of games.

After all, Jurgen Klopp’s side have struggled in recent weeks, failing to win any of their last four matches in all competitions.

Two successive stalemates in the Premier League have been coupled with defeats to Chelsea in the Carabao Cup and at Napoli in the Champions League, which has certainly put a spanner in the works of the German manager’s well-oiled machine.

What’s more, plenty of Liverpool’s fantasy football favourites have been surprisingly disappointing recently, but if you’ve remained patient and kept them in your side – you may well be rewarded.

Sadio Mane, for example, has notched -1 points on Dream Team in his last five appearances, having previously started the season as a fantasy must-have.

The same goes for Mohamed Salah, who brought home ZERO points in his last four outings.

But his is where the doom and gloom could end for Liverpool.

While Arsenal and Red Star away look like tricky fixtures, we fancy some decent points against three of the Premier League’s relegation favourites.

So if you tired of bad points-returns from the likes of Sane, Salah and Virgil van Dijk, maybe hold off taking them out of your Dream Team.

They could all be set for a decent fantasy football payday, and we don’t want any of you missing out.