This time last season we were waxing lyrical about another inspirational forward.

Mo Salah might be struggling so far this campaign but his exploits last term were extraordinary as he broke records left right and centre.

The Egyptian king became only the second player in Dream Team history – after Cristiano Ronaldo in 2007/08 – to break the 400 point barrier, eventually totalling 412 points last season. 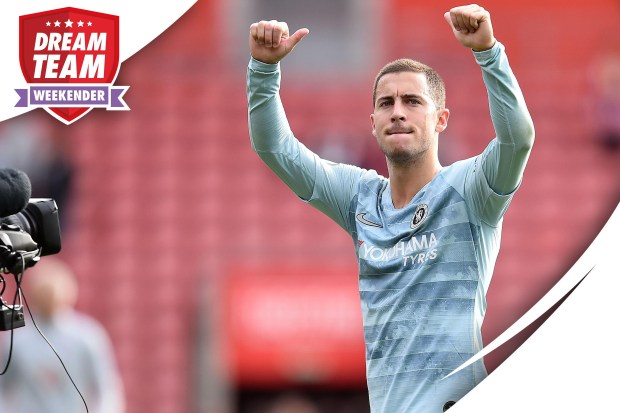 We thought Ronaldo’s ridiculous fantasy football total would never be matched or beaten… until now.

Eden Hazard’s sublime start to the season is starting to put CR7’s record under some serious threat.

That’s because, despite the calendar only recently flicking over to October, the brilliant Belgian has already hit a century of Dream Team points.

Hazard is some 41 points ahead of his nearest challenger in Sergio Aguero (62 points) having averaged an astonishing 10.3 points per game so far.

To put that in some context, Salah averaged 7.9 points across his 52 games last season on his way to totalling 412 points.

Hazard then is on course to smash that score with ease.

It’s asking a lot, but he would need to play 47 games this season at his current points scoring rate to surpass Ronaldo.

Besides a drab showing at West Ham, Chelsea’s talisman has bagged at least eight points in his last six starts and the Star Man award in five of them.

If the Blues can compete for glory across multiple competitions it will increase Hazard’s game time and duly inflate his score even further.

Not only is he coming for Salah’s total, but Ronaldo’s is in his sights too.