Man City have been without the talismanic Belgian since their opening day victory over Arsenal. 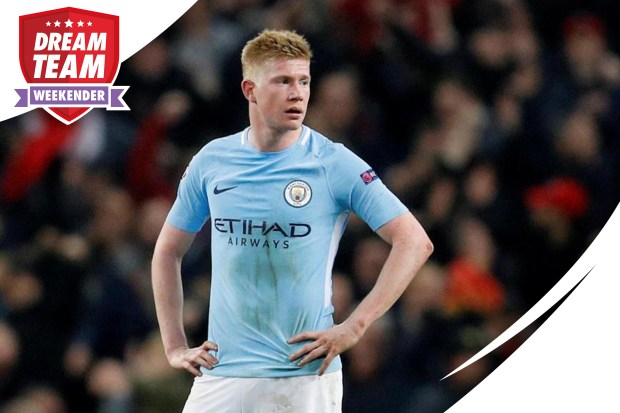 Pep Guardiola and Dream Team managers alike were left devastated after a knee injury ruled the fair-haired midfielder out of action for eight-weeks.

De Bruyne was one of the most-picked players in Dream Team before he suffered the ligament problem in August.

Prior to his enforced absence, the Belgian found himself in 47% of teams, a number which has drastically dropped since his spell on the sidelines.

Just 8.5% of managers stuck by the injury-stricken star. Admirable, yes, but no doubt you would wince at the state of their point tallies.

Those who stuck by him however could soon have their faith rewarded.

Guardiola has confirmed De Bruyne is on the brink of a comeback.

The City maestro has been pictured back in first-team training, sparking rumours that a return to action could come as early as this weekend.

There are whispers that Guardiola might elect to give his talisman a starting birth for their meeting with Burnley.

Although City haven’t struggled in his absence, still sitting-pretty at the top of the table, De Bruyne’s value to Guardiola’s side cannot be understated.

The Belgian was the Etihad club’s highest point-scoring player in Dream Team last season and the third highest in the league overall.

With your latest batch of transfers not dropping for another two weeks, De Bruyne’s return is definitely something to consider.

When it comes to making your November additions, we strongly advise finding a way to get the Belgian into your Dream Team.

At £6.5m, De Bruyne is by no means a cheap option. You just know he’s worth the investment though.

The return of City’s talisman is set to make us all remember just why we fell in love with him last season.

We can’t wait for the ongoing battle between De Bruyne and Hazard.