One of the main rules of thumb about playing fantasy football is that minutes usually guarantee you points.

That’s just a law of averages.

But one man is really bucking the trend so far this season. 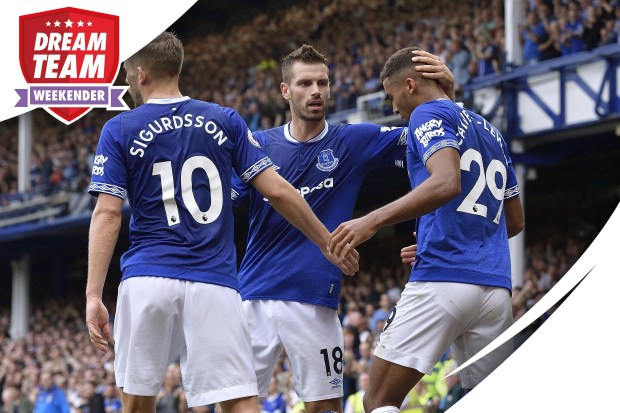 Everton have carried out some really eye-catching business in the last couple of transfer windows, with Cenk Tosun and Richarlison both recruited for hefty transfer fees.

Yet the top scoring Toffees player so far this campaign is a player who has gone really under the radar.

Dominic Calvert-Lewin was on the fringes of the England squad at one point 12 months ago but dropped off the scene a bit towards the end of the season.

After managing just 21 minutes from two substitute appearances in Everton’s opening three games, he’s been thrown in from the start in their next two.

And he’s more than delivered, scoring twice in the Carabao Cup against Rotherham and then again in the draw against Huddersfield at the weekend.

Add to that a Star Man award after his double against Rotherham and you’re looking at a huge points return in the last week or so.

Calvert-Lewin has indeed racked up 26 points now as a result this season, one more than Romelu Lukaku, Raheem Sterling and Aleksandar Mitrovic, and sits 11th in the overall player standings.

It’s an impressive return for a man who has started just one Premier League game so far this campaign.

Only 0.1% of Dream Team managers have picked Calvert-Lewin so far, but that will surely change after the international break.