We’ve been banging this drum in fantasy football for years; bargains can make all the difference.

The big boys invariably deliver when it really matters but scouting the best of the rest is equally as important every season.

And this year has proved no different so far. 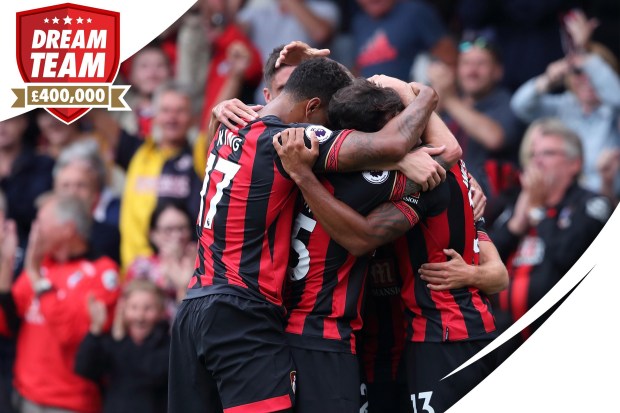 Well into Game Week 3 of the Dream Team season, we have a surprise points leader sitting pretty at the top of the player rankings.

And that player is… Bournemouth’s Ryan Fraser.

After a flying start to the season for the Cherries, Fraser has racked up 31 points from his four appearances – the same as Marcos Alonso, Sergio Aguero and Sadio Mane.

Bournemouth remain unbeaten in the Premier League and swatted aside MK Dons in the Carabao Cup last night.

And Fraser has been their inspiration, scoring once against Cardiff on the opening day and again against the Dons.

His goal and assist in the 3-0 win over the League One opposition also secured that vital Star Man award.

Yet hardly anyone has woken up to Fraser’s brilliance yet, being picked by just 0.3% of Dream Team managers this season.

Considering he’s just £2.5m on the game, we’re talking about one of the best bargains around.

And with a fairly kind round of fixtures after the visit to Chelsea this weekend, Fraser could continue to shine.