We’re still living in the afterglow of a summer that saw the entire nation collectively fall in love with Kieran Trippier.

The ‘Bury Beckham’ was one of the most creative and exciting players at the World Cup, helping England reach the semi-finals and even scoring the opener in their defeat to Croatia. 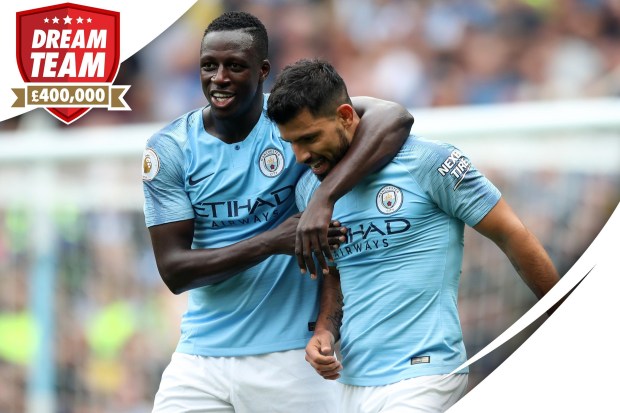 But it’s time to move on and start admiring a new full-back, in the shape of  Man City’s long-injured left-back Benjamin Mendy.

After a year on the sidelines, he’s finally shown his worth by starting the new campaign off with three assists in City’s opening two games.

That’s a far-cry from his return last season, which saw the Frenchman play in only seven Premier League games before rupturing the anterior cruciate ligament in his knee, meaning he missed most of their title-winning campaign.

As a result, he became somewhat forgotten by fantasy football fans.

But after two games of the current campaign, he’s already boasting a total of 17 points and is slowly but surely becoming a popular choice once again.

In fact, on current form, Mendy is set to smash his total points haul of last season (which isn’t exactly difficult, considering he only managed 36 points in total) in just a couple of games.

However, only 9% of you have him in your team at the moment, which means more of you currently have Nicolas Otamendi.

Granted, Otamendi has been an excellent fantasy football choice in recent seasons, but on current form it looks like John Stones and Aymeric Laporte are Pep Guardiola’s preferred centre-back pairing, which means the Argentinian is currently twiddling his thumbs on the bench.

Don’t panic though, because if you have Otamendi in your team then it’s quite easy to switch him out for Mendy as they’re currently both priced at £4.0m on Dream Team.

You know what to do, fantasy managers.