We all love Kevin De Bruyne, don’t we?

Man City’s genius midfielder is easily one of the best players in the Premier League and was crucial to their title-win last season, notching 16 assists to help them secure the top-flight crown in record-breaking fashion.

And fantasy football fans will know all about him and his brilliance, as he racked up 284 points on Dream Team last season. 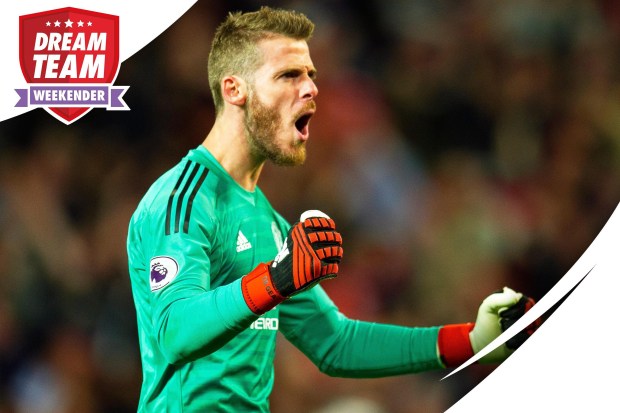 Unsurprisingly then, the Belgian was the third most-selected player as the new season got underway last weekend, with a whopping 46% of managers forking out the £6.5m needed to sign him.

But after suffering a nasty knee injury in training earlier this week – ruling him out for at least two months – suddenly we’ve been left scrambling to find an adequate replacement.

Bernardo Silva or perhaps Christian Eriksen feel like the obvious choices, but we’ve got a slight left-field option to really tickle your fancy ahead of the weekend.

This Man City starlet is destined for great things, after leading England’s Under-17 side to World Cup glory last year. He even won the competitions Golden Ball award.

And he’s already tasted first-team action under Pep Guardiola at City, making his debut in a Champions League game against Feyenoord last season.

In fact, he ended up playing a handful of games throughout the season – even becoming the youngest ever player to receive a Premier League winner’s medal – and will seemingly play even more during this campaign.

What’s more, with KDB’s sudden and lengthy injury, the 18-year-old has suddenly moved up in City’s pecking order.

He’s already entered the midfield consciousness, having impressed already with his standout role in City’s Community Shield victory over Chelsea.

And we could see him called into action this weekend, in their first home game of the season against Huddersfield.

So if he’s going to get a few more games for City this season, then it might be worth sticking him into your Dream Team line-up, especially if you’ve still got the crocked De Bruyne in your midfield.

Foden’s currently an absolute bargain on the game, priced at just £2.5m.

Think of all the money you’re saying!

Phil Foden is currently priced at just £2.5m on Dream Team – get him in your team now!