If you’re anything like us, then you’re always on the lookout for the next big fantasy football legend.

Last season, we were all about Burnley duo Nick Pope and James Tarkowski, who became Dream Team sensations almost overnight thanks to their outstanding form and bargain price.

But they were so last season, with the next big thing turning out in defence for Crystal Palace in the form of Aaron Wan-Bissaka. 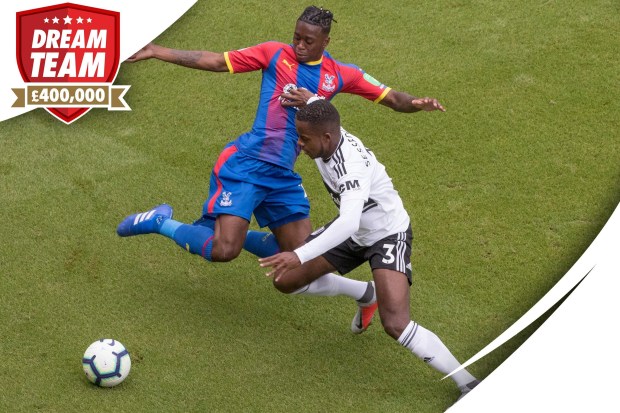 Wan-Bissaka is all the rage this season, although only 0.3% of you have picked the £1.5m rated defender so far.

But after his performance at the weekend, we reckon a lot more of you might start considering him for your Dream Team line-up.

Against Fulham for Palace’s start-of-the-season-trip to Craven Cottage, the 20-year-old was tasked with marking wonder-kid Ryan Sessegnon on the flank.

And quite frankly, we reckon last season’s Championship Player of the Year is still in Wan-Bissaka’s pocket, after being marked off the pitch by him.

Ending Game Week 1 with a WhoScored rating of 8.63 – the third-best overall rating of the weekend – Wan-Bissaka earned 10 fantasy football points, making him one of the best defenders to pick on the game.

But hang on, people aren’t going to pick a player after just one good performance, are they?

Well, actually, Wan-Bissaka quietly burst onto the scene last season and faced Spurs, Man United and then Chelsea is his first three matches of senior football.

But the youngster handled each occasion superbly and by the end of the season had earned himself a new, long-term contract as well as establishing himself as first choice in the team.

Manager Roy Hodgson admitted he was stunned by his progress, saying: “I am surprised because when he came into the team against very tough opponents, I think his opening games were Man United, Chelsea, Tottenham.

“The sort of ones where you are almost putting him to sink or swim and he certainly learnt to swim very quickly.”

There we have it then; if Hodgson rates him then you should as as well.

Wan-Bissaka is currently priced at just £1.5m on Dream Team – get him in your team now!