The Premier League is back and the long fantasy football season on Dream Team is now underway.

Although the season might have already started, it’s still not too late for you to submit your fantasy football teams, in fact, you haven’t missed much at all!

You’ll still be able to keep the pace with your mates just as long as you submit your team sooner rather than later. So crack on!

IT’S NOT TOO LATE! – SIGN UP TO PLAY FANTASY FOOTBALL! 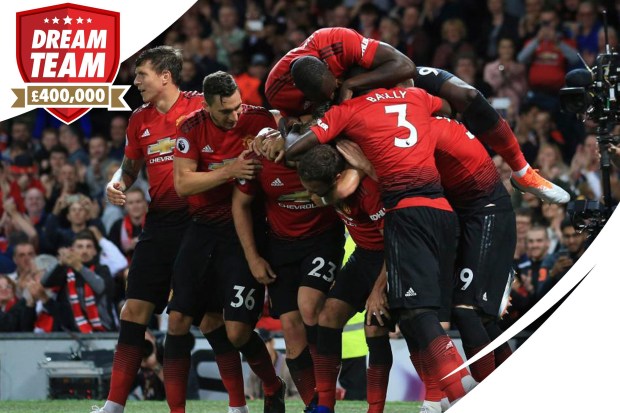 Of those who promptly submitted their sides before kick-off between Man United and Leicester, 15% of them made a pretty big selection mistake.

Tens of thousands of you were duped into believing Alexis Sanchez’s pre-season form would translate into the Premier League. You were wrong.

It transpired that the Chilean would actually pick up where he left off at the end of last season, when he failed to impress after his January transfer from Arsenal.

Priced up at just £5m on Dream Team, the 29-year-old represented a relative bargain in fantasy football, however including him in your team was always going to be a risk.

The striker’s performance against Leicester received widespread criticism as Sanchez stood out as arguably the worst player on the pitch.

According to Dream Team’s ratings provider WhoScored, Sanchez had the worst pass success rate of any player on the pitch, with just 65% of his passes completed.

Jose Mourinho’s man also lost possession 23 times in the match, more than any other United player.

The Chilean picked up a rating of just 6.8 for his efforts, the worst of any United player on the pitch.

Sanchez’s performance has given Dream Team managers some serious food for thought, as they consider cutting their losses on the Chilean almost immediately.

To the surprise of many people, Mourinho kept his faith in Sanchez last season even during his torrid spell.

The level of investment United put into the the 29-year-old almost forced the the Portuguese boss into playing him when perhaps he should have been dropped.

It remains unclear whether Mourinho’s patience in the Chilean will hold out much longer.

If Sanchez continues to struggle, he could well find himself out of United’s first team plans and be deadwood in your fantasy football team.

Do you stick, or do you twist? No pressure.