Liverpool finished up spending an absolute fortune over the last few weeks, Chelsea and Everton made a couple of last minute deals and Spurs signed absolutely nobody.

But what can we take away from deadline day from a fantasy football perspective? 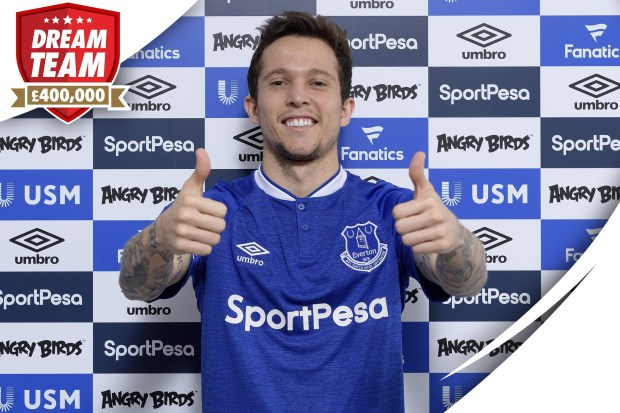 We’ve listed seven last-minute deals who could make a big difference to your fantasy football team this season.

The start of a new chapter … huge thanks to @smi_world and my family, this couldn't have happened without all of you.

And thanks to both sets of fans for all of your messages of support, there is so many to go through, so please bare with me ❤️ pic.twitter.com/Z2QAVlQN1S

Gibson’s return to the Premier League has been a long time coming, after he impressed during Middlesbrough’s short stay in the top-flight during the 2016/17 season.

And after a year in the Championship, Gibson is finally back in the big time with Burnley, who decided to splash out £15 million for him.

Completing the deal a couple of days before the deadline, the England defender comes with top-flight experience as well as versatility – easily filling in at centre-back or left-back.

Could prove to be another brilliant Burnley bargain buy for your Dream Team.

From now on I will defend these colours. It's a big honour for me to be part of this historic team. Let's fight together to reach our goals! ⚒⚽️💪🏼 #WelcomeLucas #HammerTime pic.twitter.com/DFtUIeVFrs

Having notched only a handful of goals last year, Hammers fans will be hoping to see him repeat his 2015/16 La Liga campaign when he notched 17 goals ahead of Arsenal’s £17million move for him.

This young Belgian midfielder is seriously good, and has been on the radar of plenty of top clubs over the last year.

But continuing their running theme of the transfer window, Wolves have pulled off another brilliant coup by signing him ahead of their rivals.

The 23-year-old joins the newly-promoted side on loan, and will likely form a tasty midfield partnership with Ruven Neves.

We’re fairly sure Chelsea fans will be happy with their transfer dealings this summer.

They might’ve lost Thibaut Courtois to Real Madrid, but the record-signing of Kepa Arrizabalaga will hopefully make up for it (more on him later).
Then there’s the signing of Kovacic, who was part of Croatia’s brilliant World Cup run over the summer and will likely slot in beside Jorginho and N’Golo Kante in Chelsea’s rather strong-looking midfield.

However, we do think you should wait a week or so before signing this guy, as we wait to see how he adjusts to life in the Premier League.

You remember this guy from the World Cup, yeah?

Mina was easily one of the best defenders to pick for Dream Team’s World Cup game, with three goals during the tournament – including a frustrating late equaliser against England in the Round of 16 (we won on penalties, so it’s fine).

And having signed for Everton, we reckon he’ll fast become a fantasy football favourite once again if he can continue his goal-scoring exploits from defence

Another new Everton player who’s synonymous with the World Cup, but mainly in a bad day.

Bernard was famously the guy who replaced the injured Neymar in Brazil’s ill-fated semi-final clash against Germany in 2014.

But let’s focus on the positives, shall we?

Bernard has been a consistent feature in Shakhtar Donetsk’s team in recent seasons, and proved to be a decent option in attack last year when he netted 10 goals in all competitions for the Ukrainian side.

He’s exactly the sort of player Marco Silva likes, and could flourish for the Toffees and your Dream Team.

Well, apparently, it looks like a lovely young man from Spain, who’s pretty decent between the sticks.

If you haven’t heard of Kepa before, he’s been hot property in La Liga over the last year or so and was eyed by none other than Real Madrid last season.

But it’s Chelsea who’ve snapped him up, making him the most expensive goalkeeper ever.

Of course, he’s probably not quite worth the fee Chelsea paid up for him, but his stats last season certainly don’t lie.

In his final year at Bilbao, he saved two of the three penalties he faced in league and pulled off an impressive 64 saves from inside the penalty area, which was the third most of any goalkeeper in Spain’s top-flight.

Worth a start of season gamble, perhaps?