Believe it or not that was only a month ago – and England’s nearly-men from the World Cup are back to their bread and butter of the Premier League this week.

Their captivating run to the semi-finals in Russia unified the nation and produced new heroes and household names. 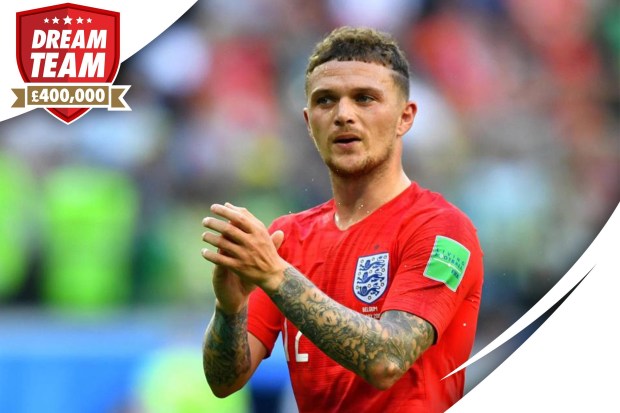 But which of Gareth Southgate’s World Cup squad are feeling the most love on fantasy football so far ahead of the new season kicking off?

Here are the top five…

As expected Kane is right up there, with Mo Salah (58.3%) the only player to be selected more than the Spurs hitman.

Kane ran away with the World Cup Golden Boot with six goals from his five appearances but may take some time to get up to full speed in the Premier League.

Can he finally break his August goal scoring hoodoo?

Kane is £8m on Dream Team this season – get him in your side now!

A year ago Trippier was probably on the fringes of the England squad, let alone a guaranteed starter.

But after a brilliant personal World Cup, capped by that free kick in the semi-final defeat to Croatia, England probably have the right back position secured for years to come.

His set pieces prowess makes him a Dream Team favourite and he’s currently the most picked defender, comfortably ahead of Virgil van Dijk in second.

Trippier is £4m on Dream Team this season – get him in your side now!

No player’s profile sky rocketed more during the World Cup than Maguire who has firmly cemented his cult hero status.

Maguire was impenetrable at the back and produced an unforgettable header in the quarter-final win over Sweden.

He’s been linked with a move to Manchester United this summer and only two defenders – Trippier and Van Dijk – have been picked more than him on Dream Team.

Maguire is a bargain £3.5m on Dream Team this season – get him in your side now!

Like Maguire, Stones came of age in Russia with a series of brilliantly consistent displays, particularly against Colombia in the last 16.

The Man City man also scored twice in that 6-1 thrashing of Panama, meaning he bagged more times at the tournament than Raheem Sterling, Dele Alli and Jesse Lingard.

Stones is £3.5m on Dream Team this season – get him in your side now!

Everyone knew Pickford was good before the World Cup, but the fact he played the decisive role in England’s first ever World Cup penalty shootout win means he can do no wrong.

The Everton stopper has been linked with Chelsea as a result but will be a shoe-in to start regardless of who he plays for after Deadline Day.

Only Ederson, David De Gea and Alisson have been selected more than him from the goalkeeping contingent.

Pickford is £3m on Dream Team this season – get him in your side now!