After a turbulent few years at the club, Arsenal replaced Arsene Wenger with Unai Emery as his successor, in a move which could mean big things for Premier League and fantasy football fans alike.

One of the first acts as the Gunners new boss will be to decide on his first-choice goalkeeper for the season, with the standout candidates being new arrival Bernd Leno and veteran stopper Petr Cech.

The selection dilemma facing Emery is certainly not an easy one and is also a decision that many Dream Team managers, particularly Arsenal fans, might face this season. 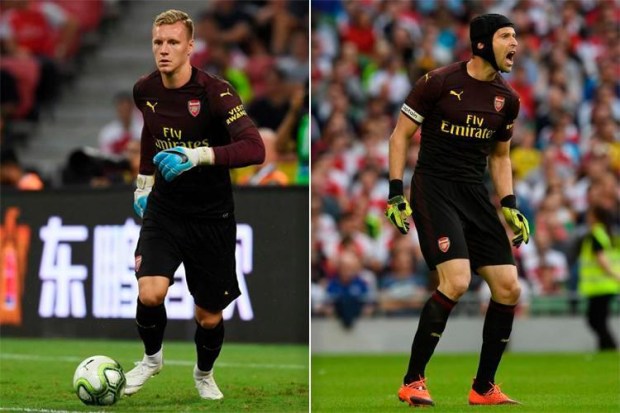 We’ve decided to do a little bit of digging into the selection headache and try to help you make your decision.

It’s a goalkeeper battle between Arsenal stoppers Leno and Cech…

Both players are at varying stages in their goalkeeping careers, which makes Emery’s predicament even more interesting.

Leno was snapped up as a summer arrival from Bayer Leverkusen, where he made over 200 appearances since joining from Stuttgart in 2011.

At 26-years-old, the German is still relatively young for a goalkeeper and could develop further in his career.

In stark contrast to the youthful impact of Leno, Cech represents an entirely different option for Emery.

The veteran stopper is now 36-years-old and was the subject of heavy criticism following several high-profile mistakes last season.

Cech however has historically been one of the most reliable goalkeepers in the business and brings an element of experience to the table, something that is lacking from Leno’s game.

Leno’s arrival at the Emirates was a welcome sight for many Arsenal fans, having been without a consistent No1 goalkeeper for several seasons.

Cech and David Ospina have sporadically shared the role recent years, with mistakes often blighting the pair’s career at the Gunners.

Leno will hope to remedy the goalkeeping crisis and has already showed what he can do during Arsenal’s pre-season campaign.

Without having too much to do in terms of making saves, the German has still looked assured when he has been called upon.

In area in particular however where the 26-year-old has excelled has been his distribution and ability to play out from the back.

The former Leverkusen man has looked exceptionally composed on the ball and fits the mould perfectly of the way Emery wants his new side to play.

Leno’s technical ability and composure in possession is a stark contrast to the less than assured figure that his rival Cech often cuts when he has the ball at his feet.

It is the German’s distribution skills that could tip the scales in his favour ahead of Cech.

The 26-year-old is priced up at £3m in this year’s season’s fantasy football game, £1m more than his goalkeeping rival.

Leno has been snapped by 5% of Dream Team managers so far.

Cech endured a difficult season with the Gunners last season and struggled in fantasy football too.

The 36-year-old picked up an underwhelming 92 points in last season’s game, making him the seventh highest scoring goalkeeper.

After joining Arsenal in 2015, the Gunners thought they had finally solved their long-standing goalkeeping crisis and that Cech was the man to win them points in his own.

The former Chelsea man has struggled to perform consistently however and has seen his age used as a reason behind his immobility between the sticks.

The change in management could be the spark that Cech needs to reignite his Arsenal career.

Emery has given all his goalkeepers the chance to impress in pre-season and Cech has done just that.

The towering stopper was the shootout hero in a friendly against Chelsea and has also been single out as potential captain of the club.

Cech has donned the armband in several of Arsenal’s pre-season outings and his experience could see Emery bank on the veteran stopper for the opening game of the season.

The 36-year-old has a price-tag of £2m in this season’s fantasy football game and has been selected by just 3% of managers so far – do you take the gamble?

For example, last season we valued Mo Salah at £4m at the start of the season but the Egyptian King rocketed to over £11m by the end after his stunning goalscoring form.
Make sure to check out our website or app to see how our simplistic points system works.

Fantasy football tips: Why you should AVOID Mo Salah this season

Mo Salah broke all kinds of records last season, not least becoming only the second player in Dream Team history after Cristiano Ronaldo to reach he 400 point barrier.

But could this campaign be a different story?

So far he’s the most selected player on Dream Team – but we’ve got evidence to suggest why you should avoid him at all costs.

In previous seasons, the top Dream Team points scorers have pretty much all succumbed to a curse the year after.