Every fantasy football manager is frantically trying to work out how to fit Mo Salah into their team whilst still keeping a balanced squad.

The Egyptian King is the most selected player so far this season with nearly 60% of you backing him to shine.

But, at Dream Team HQ, we’ve established a theory which suggests there’s no point even picking the Egyptian – as he’s almost certainly going to be absolutely rubbish this season. 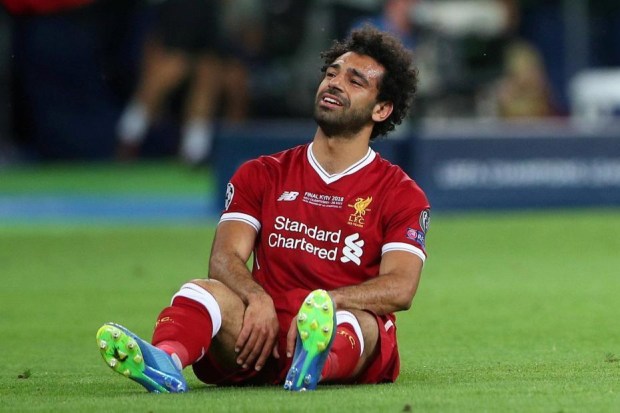 We’ve even got the stats to prove it.

Just as we warned you all about the curse of the PFA Player of the Year award, we’re here to tell you why you shouldn’t pick Salah, the highest points scorer in fantasy football from last season.

Salah was a revelation on his return to English football and ended the campaign as the highest points scorer on Dream Team with 412 points to his name.

The remarkable campaign for the Egyptian was a far cry from the form he showed during his first spell in England with Chelsea.

If we are to believe the pattern however, it’s Salah’s Chelsea form that we will be seeing next season…

Mata, fairly surprisingly, was the highest points scorer in fantasy football during the 2013/13 season.

The Chelsea man earned a massive 331 points for his efforts as he helped Chelsea to third place in the Premier League and Europa League success.

The Spaniard however saw his form decline significantly in the following year, as he picked up just 126 points for the Blues during the next campaign.

Suarez was without a doubt the best player in the Premier League in 2013/2014 and clocked up the fantasy football points to prove this.

The Liverpool man ended the season with a mammoth 294 points to his name, finishing as the highest points scorer in the game.

Unfortunately for Liverpool fans, the Uruguayan departed Anfield for Barcelona the following season.

I guess we’ll never know how he would have done the season after. If it was anything like the rest of these though, he would have been pretty poor.

We pretty much ran out of superlatives to describe Hazard after his spellbinding campaign in 2014/15.

The Belgium finished the season with the most points in fantasy football, picking up a hefty 298 points for his efforts.

Hazard however flopped the following season in what was Jose Mourinho’s return to the club and scored just 120 points.

The 27-year-old’s form was so poor that he was almost being hounded out of the club by Chelsea fans.

Kane is the standout exception to the curse. To be fair we still had to mention him though.

The Spurs man racked up a monumental 309 points to finish as the highest scorer in 2015/16.

Kane then followed this up with an equally impressive 305 points the following season – a tally which saw him finish as the third highest scorer.

Remember when we all thought he was a one season wonder?

Just to prove that the curse is still real, we’ve thrown Mahrez into the mix.

The Leicester man was one of the highest points scorers in 2015/16 behind Kane, with a hefty 204 points in Leicester’s title winning season.

Mahrez’s form declined a startling amount the following season, in what was a turbulent campaign for the Foxes.

Claudio Ranieri was sacked as manager just one year after winning the title and Mahrez was one of the players blamed for his departure.

The Algerian finished the season with 144 points to his name, putting him in 36th place.

Sanchez was the standout performer in fantasy football by someway in the 2016/17 season.

The Chilean picked up a hefty 348 points for Arsenal, who struggled in the league and slumped to fifth in the table, yet Sanchez’s form didn’t drop.

Arsene Wenger’s problem child did however fall off the rails during the following season in what was a difficult period for the club.

Sanchez joined United in January in a swap deal which involved Henrikh Mkhitaryan moving the opposite way.

The change of scenery however failed to improve his fortunes, as he still flattered to deceive at Old Trafford and ended the season with just 171 points to his name.

Just be happy we’ve told you about this curse before you went and wasted £8m on Salah.