Fear not, football fans, the new Premier League season is just a matter of days away.

Whilst you count down the days, hours, minutes and seconds before the first ball of the new season is kicked, why not sign up to Dream Team?

The UK’s biggest fantasy football game is back and better than ever before, with plenty of new features to make your experience even better.

You’ve come to the right place for all the best fantasy football tips and hints ahead of the new season, with our latest nugget of wisdom one that all Dream Team managers should take note of.

The best strikers don’t only score goals, but also flash their selfless side and turn provider to assist their teammates when necessary. 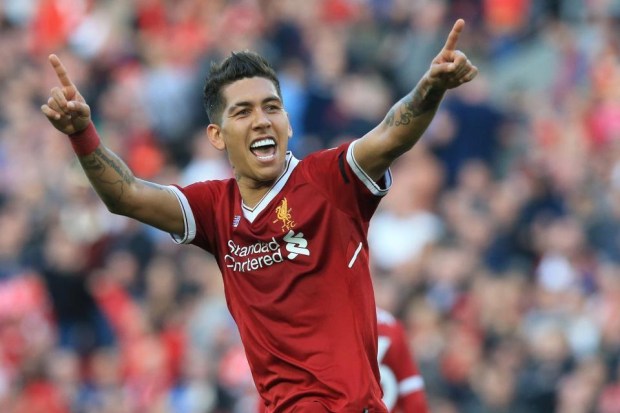 Firmino’s excellent season went somewhat under the radar largely due to the brilliance of Mohamed Salah.

Nevertheless, the Brazilian was arguably just as important to Liverpool, with not only his impressive goal tally of 27 a clear sign of his quality, but his eye for an assist was also crucial to his side’s success.

Firmino chipped in 16 assists and was the glue that held Klopp’s deadly attacking trident together, with four star man awards also contributing towards his impressive 280 points in fantasy football last season.

The 27-year-old will cost Dream Team managers £6m in this year’s game, which is a relative steal considering what he will almost certainly bring to your fantasy football team.

Son is arguably one of the Premier League’s most underrated attacking talents.

The Spurs man had another terrific season as part of Mauricio Pochettino’s side, scoring 18 goals and looking like his side’s most consistent performer behind Harry Kane.

Not only was Son’s scoring record impressive, but he also showed an eye for an assist, turning provider on 12 occasions last season.

Son went onto score 192 points in fantasy football last season, as he developed a strong partnership alongside Kane, with the pair forming a deadly-looking front-line for Spurs.

The South Korean will set Dream Team managers back £5m in this season’s game and could prove to be a smart pick considering his reliable scoring record along with the ability to turn provider.

Sanchez failed to set the world alight after he moved to Man United from Arsenal in January.

The Chilean was struggling to find his form in north London before he moved to Old Trafford, but was always a player who could produce something out of nothing.

The 29-year-old still managed 11 goals and ten assists last season, with his ability to assist his teammates one of Sanchez’s most useful traits.

United’s No7 is notoriously a hard worker for his teams and is willing to sacrifice his goal tally for sake of providing for a teammate, with this  contributing somewhat to the 171 points he picked up last season.

Sanchez is available for just £5m in this season’s fantasy football game, and we are backing him to rediscover the form that once placed him amongst the most deadly talents in Europe.

Lukaku arrived at United from Everton last season with much expectation placed upon his shoulders because of a hefty price-tag.

The Belgium didn’t let the pressure get to him however as he failed to disappoint in his debut season, scoring 26 goals and chipping in with nine assists for Mourinho’s side.

Lukaku is a goal-machine but seemingly takes just as much pride in assisting his teammates too.

The Belgium will set Dream Team managers back £6m in this year’s game, an enticing price considering that he will be United’s first-choice striker again this season.

Rashford might surprise a few with his inclusion on this list considering the limited opportunities he has had under Mourinho.

Despite all of that, the 20-year-old still scored himself an impressive 150 points in last season’s fantasy football game.

Rashford’s hefty points tally was down largely to his ability to both score and provide assists, having bagged 13 goals and provided 9 last season.

The youngster is expected to have another fight on his hands for regular minutes at Old Trafford this season, but the rumoured departure of Anthony Martial could free up more opportunities for Rashford.

The United man is a steal at just £3m in this year’s fantasy football game and is surely a player who the majority of Dream Team managers will be snapping up this season.