Suffering from a severe case of the World Cup blues? Fear not.

Dream Team – the UK’s biggest fantasy football game – is already up and running and waiting for you to get going.

So, what are you waiting for? Your mate has already sent the mini league code in the WhatsApp group chat. There’s no excuses. 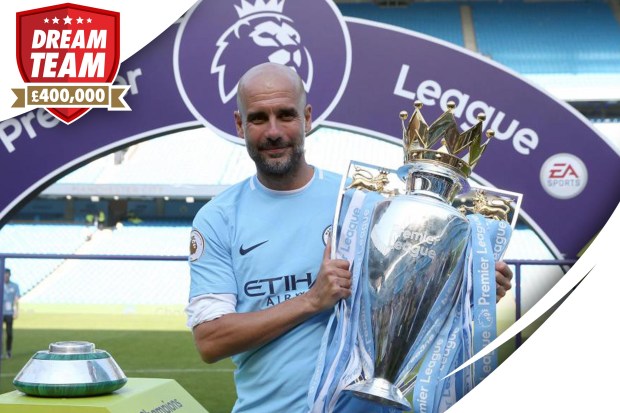 For those of you who have already signed up for Dream Team, you might have a few questions about transfers in this year’s game and how best to use them.

Well, we wouldn’t be doing our jobs if we refused to answer these, so we thought we’d provide you with everything you need to know about what is arguably the most important part of a manager’s job.

How many transfers do I have?

You get three transfers a month on the first Friday of every month.

This starts after the opening Premier League fixture between Man United and Leicester on August 10 – a Friday – so it’s crucial that you use them wisely.

How much have I got to spend on transfers?

You’ll be assigned a total budget of £50m when you first sign up for Dream Team.

It’s completely up to you how you choose to spend your budget, but be aware that some tough decisions and sacrifices will have to be made in order to build a balanced squad.

Do player prices change during the season?

Every player on the game will be given a base price at the start of the season, but this will then change on a weekly basis dependent on their performances on the pitch. Got it?

So, for example, Salah (unsurprisingly) saw his price rocket up drastically in last year’s game.

This season player prices will vary up and down no more than £0.1m every week to ensure nothing drastic happens.

The first player price change of the season will take place after Game Week 3.

What’s the best way to use your transfers?

You know you get three transfers a month and you know player prices vary.

Our advice for when to use them? Simply a bit of patience.

The last thing you want is an unexpected injury after you’ve already used up your monthly allowance.

One a week for the first three weeks of every month is about right, but it really is up to you.

Wielding the axe is a necessary part of management, but it’s important not to get too power hungry.

Just imagine if you had ditched Salah after he failed to score in Liverpool’s second game of last season?

You would have been forced to wait a whole month to put him in your team again, as he banged goals in for fun and his price went up and up, whilst you slid down your mini league.

As Dream Team encompasses every single fixture played by Premier League clubs this season, it would be wise to select players involved in as many competitions as possible.

As well as their exploits in the Premier League, FA Cup, League Cup and the Europa/Champions Leagues are just as important.

Can I reverse transfers if I change my mind?

Yes, but you have to be quick about it.

All transfers go through at midnight, so if you happen to get cold feet over a questionable bit of business, you can reverse it as long as it’s done before midnight.

Can I keep my unused transfers?

Unfortunately any assigned monthly transfers you fail to make the most of will not carry over to the next month.

So while it’s important to stay patient at the start of the month, it’s equally vital you remember to use them up if you feel your team needs a reshuffle.

What about before the season starts?

You can make as many transfers or formation changes as you like as long they’re all made before the first ball is kicked between Man United and Leicester on August 10.

All clear? Good. Transfer away!

P.S. Any questions you do have, feel free to contact us on Twitter at @dreamteamfc and we’ll do our best to solve your problems.