This season is set to be one of the most important in Spurs’ history and could also prove to be a crucial one for fantasy football.

Mauricio Pochettino’s side will christen their new state-of-the-art stadium this season and optimism around the North London club has reached fever-pitch.

The high however has been somewhat dampened by the fact that no new signings have been made so far this summer.

Pochettino has a squad jam-packed full of talent at his disposal, which includes several popular picks for Dream Team managers.

Get these Spurs players in your Dream Team 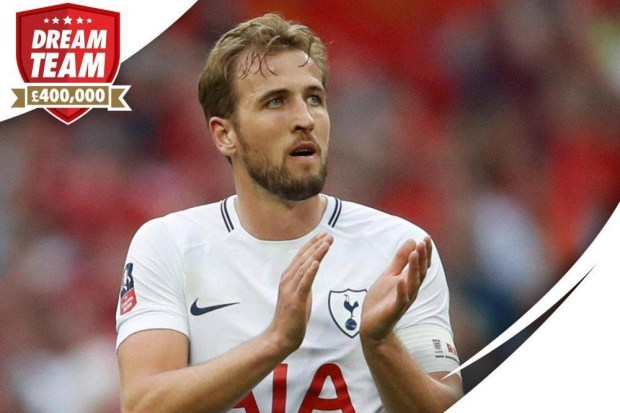 Vertonghen was forced to step up for Spurs last season in the long-term absence of Toby Alderweireld.

With his countryman out through injury for most of the season, the 31-year-old relished in his new role as the leader of the Spurs defence.

Vertonghen picked up a hefty 174 points in fantasy football last season, making him one of the highest scoring defenders in the game.

We are backing the Belgium to have another emphatic campaign for Spurs as he is tasked with marshalling the defence once again.

Vertonghen will set you back £4.5m in this year’s game – a relative steal considering what he will bring to your squad.

Trippier’s emergence as one of the most effective wing-backs in Europe came somewhat out of the blue.

The former Man City academy player had initially played second-fiddle to Kyle Walker and had to wait patiently for regular opportunities at Spurs.

The 27-year-old was finally given a regular run in the team after Walker’s departure and he left such an impression that his former teammates’ presence has barely been missed.

Trippier picked up an impressive 129 points in fantasy football last season and we are backing him to improve on that tally in this year’s game.

The World Cup star will be buoyed after his performances in Russia and will set managers back a cool £4m in fantasy football. Go for it!

Eriksen just seems to get better and better every season. Just like a fine wine.

The Danish wizard is an ever-present for both club and country and never fails to deliver at the biggest moments.

The 26-year-old was one of Spurs’ most important players last season, scoring 15 and assisting 12 as he picked up a mammoth 220 points in fantasy football.

Eriksen is the sort of character who would thrive under the expectations that will be placed on Spurs as they begin life at their new stadium.

The Dane will set you back £6m in this year’s game, a big investment but one that will almost certainly prove to be worthwhile over the course of the season.

Moura arrived from PSG last season with a growing reputation as one of the most exciting attacking talents in Europe.

Spurs fans however are still yet to see the best of him, with the Brazilian having had his playing time limited since joined Pochettino’s side in January.

The 25-year-old was limited to just six Premier League appearances last season, in which he failed to play the full 90 minutes in any of them.

We are backing the Brazilian to turn a few heads this season though and at £3m he represents a bargain that can’t be refused. Famous last words.

We thought that we would tease you by leaving Kane until the end.

There is little more that can be said about the 25-year-old that hasn’t already been said.

Kane has emerged as one of best strikers in the world in recent seasons, with his Golden Boot winning performance at this summer’s World Cup a reflection of that.

Spurs’ main man scored a mouthwatering 376 points in fantasy football last season, finishing behind only Mohamed Salah (412) as the highest points scorer in the game.

Kane, for the second season in a row, will be the most expensive player in Dream Team at £8m, however this season he shares the honour with Salah.

As arguably the best striker in the world, Kane is an investment that you just simply have to make this season.