Man United will have their work cut out trying to close the gap on Man City after Jose Mourinho’s men failed to impress in the league and on fantasy football last season.

Mourinho will bank on all his managerial experience to try and bring the Premier League trophy back to Old Trafford.

Although the Red Devils haven’t significantly strengthened their squad in the transfer window, they still represent one of the favourites for the Premier League, and boast a squad with players who could prove crucial in fantasy football this season. 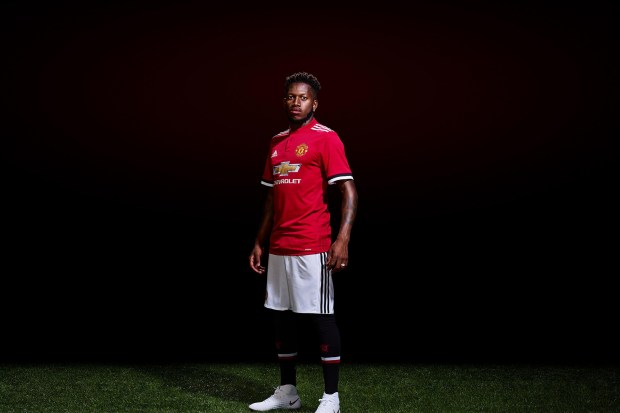 Lukaku arrived at United with much expectation placed upon his shoulders.

The Belgium failed to disappoint, scoring 16 goals and chipping in with seven assists in 34 Premier League games for Mourinho’s side.

Lukaku will set managers back £6m in this year’s game, an enticing price considering that he will be United’s first-choice striker again this season.

The Belgium is likely to be another popular choice in fantasy football as he hopes to build on his impressive first season at Old Trafford.

David de Gea has emerged as the best goalkeeper in the world after several unrivalled seasons for United.

The 27-year-old had another memorable campaign at Old Trafford last season, picking up a monumental 163 points in Dream Team.

The Spaniard picked up 22 clean-sheets and boasted 23 7+ratings during the season, all of which helped him to finish as the highest points scoring goalkeeper in fantasy football.

Although he’s the most expensive shot-stopper in the game at £4.5m, the Spaniard is guaranteed to pick you up points consistently in fantasy football throughout the season.

Pogba’s form suffered plenty of ups and downs during his second campaign back at Old Trafford.

Despite showing sporadic flashes of brilliance, the former Juventus man failed to perform consistently for Mourinho’s side and was the subject of much criticism during the season.

The Frenchman picked up a modest 135 points in fantasy football last season, highlighting his inconsistency throughout the season.

Pogba showed everyone what he can do however after starring for France in their World Cup winning campaign.

The 25-year-old was one of the most influential players for Les Bleus in Russia and had United fans tearing their hair out as to why he can’t perform like that in United colours.

Pogba is expected to be full of confidence and buoyed by his World Cup form, which makes his price of £5m an appealing prospect for Dream Team managers this season.

Fred arrived at Old Trafford from Ukrainian side Shakhtar Donetsk in a deal believed to be worth around £50million.

The 25-year-old will add much-needed creative flair to United’s side, filling a void that harmed the club’s title charge last season.

Fred has the ability to operate in many areas, including a deeper midfield role or behind the striker, with his versatility likely to prove invaluable.

The Brazilian is only United’s third summer signing after Diogo Dalot arrived from Porto, and Lee Grant joined from Stoke, with more reinforcements necessary if Mourinho’s side are to mount a title challenge.

Fred arrives in fantasy football with a modest price tag of £2.5m – a relative steal considering the impressive impact he could make at Old Trafford.

Bailly’s absence was one of the main factors in United’s underwhelming season.

The commanding defender is comfortably Mourinho’s best defender but had to make due without the Ivorian after he suffered a lengthy injury.

The 24-year-old made his comeback towards the end of last season but still didn’t look fully fit.

Bailly is however fit and raring to go right from the start of the season and will add the defensive solidarity that United lacked for much of last year.

The defender is priced up at a modest £3.5m in this year’s fantasy football game, making him a must have for Dream Team managers.