Pivotal to any successful fantasy football team is having an impressive defensive line who can do a bit of everything.

Dream Team managers are all on the hunt for defenders who can score goals and keep clean sheets, with points from the back crucial to success in the game.

These bargains defenders are all cost effective options who can still produce the goods for your fantasy football team this season. 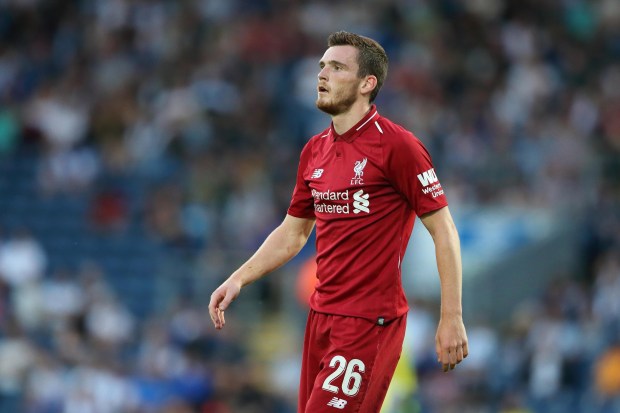 Kolasinac started life in the Premier League like a bull in a china shop.

The marauding wing-back looked to be a typically shrewd but impressive acquisition from Arsene Wenger, after the Frenchman picked him up on a free transfer.

The 25-year-old made an impressive start, providing a threat going forward as well as strength at the back.

After picking up a hefty 114 points in fantasy football, Kolasinac fell out of favour at the Emirates towards the end of the season.

Now with Unai Emery at the helm, Kolasinac will hope to kick start his Arsenal career this season.

At just £2.5m, the Bosnian defender is a must have for Dream Team managers, considering what he could bring to fantasy football this season.

Evans found himself at the centre of a transfer tug of war between Man City and Arsenal for much of last season.

The experienced centre-back was attracting interest from many top clubs, with only his £25million asking price putting off suitors – as they knew he had a relegation release clause.

Evans was snapped up by Leicester for just £3million and will hope to improve upon the 46 points he picked up in fantasy football last season.

The new signing will form a formidable looking partnership alongside Harry Maguire, with Evans’ experience and threat from set-pieces likely to prove an asset for the Foxes.

The 30-year-old could well be an asset for your Dream Team too, as he is priced at just £3m in this year’s fantasy football game.

Bertrand will be a man with a point to prove this season.

The Southampton defender had at one points looked odds on for a place in England’s World Cup squad, potentially even starting at left wing-back.

Southampton’s torrid run however coincided with a string of poor performances from the 28-year-old, who lost form at the wrong time of the season.

The England snub would have hit Bertrand hard, who will no doubt be wanting to show he is still the player who started the season brightly, and scored 62 points in fantasy football last season.

The wing-back is a gamble, however at just £2.5m in this year’s fantasy football game, he is a gamble well worth taking for Dream Team managers.

Tarkowski was instrumental in Burnley’s brilliant season in which they finished 7th in the Premier League.

The 25-year-old was a colossal figure at the back for Sean Dyche’s side and picked up an impressive 118 points in last year’s fantasy football game.

Tarkowski only made it to the standby list of Gareth Southgate’s World Cup squad, with the centre-back definitely unlucky to have missed out on place in the 23-man squad.

The Burnley man is definitely a bargain considering his price of £3m in this year’s game and could earn you points through goals and clean-sheets this season.

Whilst the likes of Mohamed Salah and Sadio Mane were stealing all of the headlines, the 24-year-old was quietly going about his business.

Robertson racked up 103 points in fantasy football last season, impressing particularly in the second half of the season.

The Scotland international was unlucky to miss out on a place in the PFA Team of the Year, in what would have been the perfect way to reward his exploits.

At just £3m, the left back is a must have for your Dream Team, considering he is a guaranteed starter in an ever improving Liverpool defence.