We’re still waiting patiently for the start of the Premier League season and all of the fantasy football fun that goes with it.

With the World Cup done and dusted, we’re stuck in football purgatory for the next couple of weeks until Manchester United get things rolling again in their opener against Leicester on August 10. 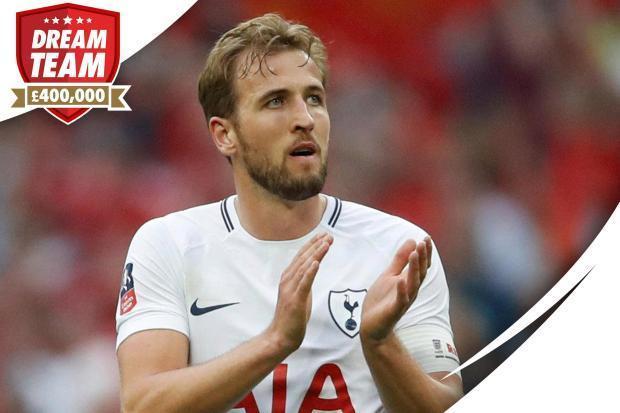 In the meantime, make sure you pre-register for Dream Team right now, as the game will be launched very soon (and it might even be ready by the time you read this sentence).

So until then, we’re going to have a nice little stroll down memory lane and look back at the best fantasy football players of last season.

Scraping into our top 20 then is Spurs youngster Alli.

His season didn’t quite match his heroics the year before – when he netted 18 times for Spurs – as last season he only managed nine goals.

Still, not a bad return from someone who’s still so young.

Let’s be honest; he was pretty rubbish at the World Cup, wasn’t he?

Luckily though, we enjoyed the very best of Silva last season as Man City dazzled their way to the Premier League title.

If you had him as part of your midfield, then nicely done.

We were always a little wary of sticking Son into our Dream Team line-up.

After all, isn’t he just the guy Spurs bring off the bench when Harry Kane’s had enough?

No, no he isn’t, and these days he’s one of Mauricio Pochettino’s key men and had an absolute blinder of a season last term.

Our favourite Chelsea midfielder was – at times – the Blues best player, especially towards the end of the season.

Who could forget his outstanding performance against Barcelona in the Champions League?

We always used to say that Mahrez was by-far the best player playing outside of the Premier League’s fabled top-six.

But we can’t say that any longer, following his big-money move from Leicester to Man City this summer.

Hopefully, his move won’t change his fantasy football efficiency, because he really was an excellent player to pick for most of last season (except around February, when he he was pulling a wobbly).

Scoff all you want, but Smalling was a fantasy football gem last season.

Easily one of the best defenders you could pick, he was also the second-best Man United player on Dream Team.

‘Dave’, as he’s known around Chelsea, was a terrific fantasy football option once again last season.

And while it was a disappointing campaign for the club, Dream Team managers still got the best out of the Spanish defender.

Things could change for Alonso this season under new Chelsea boss Maurizio Sarri.

But for now, we’re remembering the good times of last season.

And last season he was once again an excellent player to have in defence, maximising his defensive and offensive abilities to bring home those Dream Team points.

One of the stars of Man City’s title-winning campaign, but just don’t mention the World Cup to him, eh?

The young German got better and better as the season went on, and honestly we’re intrigued to see if he’ll manage to push on next season, especially with Mahrez in the mix.

But sadly, it wasn’t enough as Germany coach Joachim Loew failed to pick him for the World Cup.

Probably for the best, really.

Eriksen had a very good World Cup, leading Denmark to the round of 16 only to lose to eventual finalists Croatia.

He was very good for Spurs last season too, often going unnoticed amidst the brilliance of Kane ahead of him.

Still, fantasy football fans appreciated him, as he was a consistent source of points all season.

My word, we love this guy here at Dream Team HQ.

For the second season running, Otamendi was by-far the best defender you could pick for fantasy football.

A succession of 7+ ratings, a handful of goals and five Star Man awards all rack up, which is why Man City’s big man at the back will probably be a popular pick on next season’s game.

Liverpool’s glorious attack was one of the main themes of last season.

And 1/3 of their wonderful trio of forwards was this guy.

With 10 goals in the Premier League last season and a new No. 10 shirt to enjoy this term, we think it’s safe to say the Senegalese star will enjoy himself this year.

Lukaku was the most-picked player on Dream Team throughout last season, mostly following the almighty buzz around his transfer to United from Everton this time last year.

But he proved to be a consistently decent player to have in your Dream Team, notching 16 goals in the Premier League and proving to be United’s main attacking outlet.

He could be even better next season, alongside Alexis Sanchez.

By now, we all know that Sterling was easily one of England’s best players at the World Cup – despite failing to score.

And he was key to Man City’s title winning campaign last season, netting 18 times to silence plenty of critics.

21 goals in 25 Premier League appearances in a decent return for someone we all feared would struggle to get into Man City’s team ahead of Gabriel Jesus last season.

A huge Dream Team favourite last season, especially in the opening weeks of the season when the Brazilian smile-merchant kept banging them in.

A huge part of the way Liverpool play and someone we genuinely think could challenge for the Golden Boot next season, we reckon Firmino will be a big player to pick in your Dream Team again next season.

He might not be around for much longer, with Real Madrid snooping around the Belgian winger.

And with good reason, as Hazard was one of the only shining lights of Chelsea’s otherwise bleak title-defence last season.

The (new) Ginger Prince was the jewel in the crown of Man City’s brilliant season, chipping in with eight goals and top-ranking 16 assists.

But it wasn’t just that that made him so special for fantasy football managers, as he picked up 12 Star Man awards and the most 7+ ratings (42 in total, four more than Mo Salah) which is worth 126 points alone.

No surprises or arguments here.

Kane was once again the goal-scoring master of the Premier League and for a long time looked poised to take home the Golden Boot and the top points total for fantasy football.

But an end of season injury which saw him miss a couple of weeks meant Salah was able to overtake and break away from the England striker.

What else did you expect?

The Egyptian King was the talisman of Liverpool’s outstanding campaign last season, notching 32 goals in 36 league appearances to steal the Golden Boot away from Kane and help the Reds reach the Champions League final.

Undoubtedly the best player you could have on fantasy football last season, we want more of the same next season please, Mo.