We’ve taken a look back at the goalkeepers who scored the most points in last season’s fantasy football game.

The names that feature are all expected to continue their fine-form between the sticks and prove to be popular picks again for Dream Team managers. 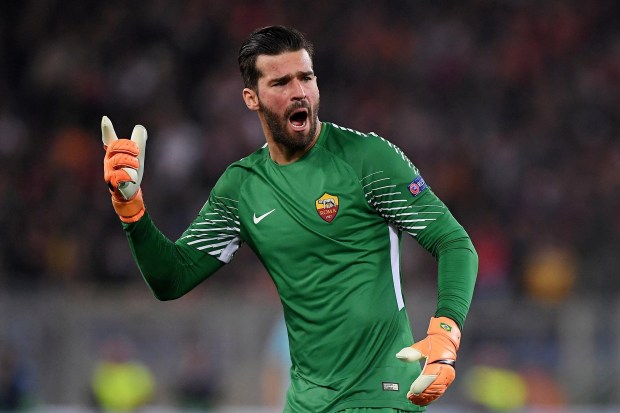 David de Gea has emerged as the best goalkeeper in the world after several unrivalled seasons for Man United.

The 27-year-old had another memorable campaign at Old Trafford and picked up a monumental 163 points in Dream Team.

The Spaniard picked up 22 clean-sheets and boasted 23 7+ratings during the season, all of which helped him to finish as the highest scoring goalkeeper in fantasy football.

De Gea is expected to be a popular choice again for Dream Team managers and could cost as much as £4m, the same as his price-tag last season.

Man City finally solved their goalkeeping crisis after they brought in Ederson from Benfica.

The 24-year-old was a revelation last season and changed the way in which fans conventionally view a goalkeeper.

The Brazilian’s distribution was just as impressive as his shot-stopping abilities as he finished the season with 145 points in fantasy football.

Ederson kept 21 clean-sheets and also picked up one star man award during his brilliant debut season at the Etihad.

Pep Guardiola’s man is likely to be the first choice for many Dream Team managers and has an estimated price of £4m in this season’s game.

Hugo Lloris has had a summer to remember after he was crowned a World Cup winner with France.

The Spurs man will link-up with his club teammates again in the coming weeks and will hope to continue the fine form he produced over the summer.

The 31-year-old was the third best keeper in Dream Team last season, racking up 136 points throughout the campaign.

Lloris is yet to be priced up for this year’s game, but he likely to be available for £4m – the same as his price-tag last season.

Courtois was one of the standout figures in what was an otherwise underwhelming Chelsea side last season.

Antonio Conte’s men slumped to fifth in the table, but the Belgium’s form didn’t suffer during the campaign.

Courtois still picked up a hefty 121 points in last season’s Dream Team game, with one star man award and 19 clean sheets to show for his efforts.

The 26-year-old might not be at Chelsea for much longer, with rumours linking him with a move to Real Madrid.

If the Belgium stopper does decide to stay at Stamford Bridge, he is likely to cost fantasy football managers around £3.5m in this season’s game.

Pope’s rise to stardom was one of the subplots of the season and was a crucial factor in Burnley’s impressive 7th place finish in the league.

The 26-year-old was an unknown name at the start of the campaign but was thrust into first team action following a lengthy injury to No1 Tom Heaton.

Pope stepped up in the absence of Heaton and had a remarkable season, picking up 106 points in fantasy football.

The Englishman unfortunately picked up a lengthy injury during Burnley’s pre-season campaign.

Pope is expected to be out for sometime and will face a tough battle for the No1 jersey when he returns to fitness, competing with both Heaton and new signing Joe Hart.