We’ve got World Cup fever and the only cure is Dream Team’s World Cup game.

It’s completely free to enter and runs from the opening game right up until the final on July 15, so make sure you get your fantasy football team in for a chance to win that tasty £175k prizepot. 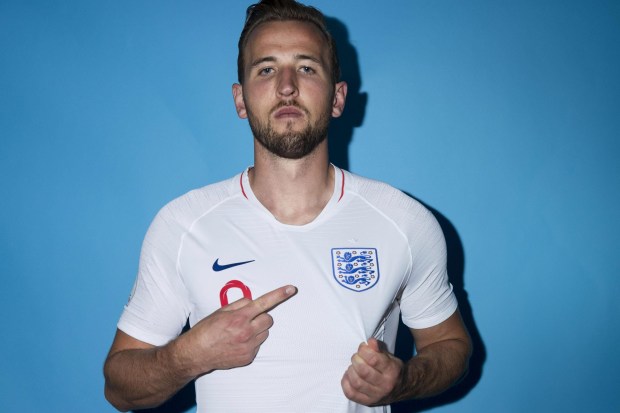 In the meantime, we’ve been looking back at the fun we all had at the last World Cup.

We remember it well, with James Rodriguez inspiring Colombia into the quarterfinals, while Brazilian defender Dante had a tournament to forget by registering a jawdroppingly bad Dream Team total of -14 points.

But who else had a sorry old time in Brazil?

Forlan was the undisputed hero of the 2010 World Cup, mainly because he was the only player who could get the best out of that awful Jabulani ball.

But four years after that, Uruguay’s favourite marksman was on the fringes of their World Cup squad in Brazil, with Luis Suarez and Edison Cavani now ahead of him in the pecking-order.

But he did start the opening match against Costa Rica, with his only goal-scoring chance coming before half-time with a deflected shot straight at Keylor Navas.

That’s about as good as it got for him, as he didn’t appear again until the last 16 defeat to Colombia.

Aguero is one of the pricier options on Dream Team’s World Cup game this year, valued at a hefty £7.0m to make him the fourth-most expensive player on the game.

But judging by his display in Brazil, you might want to go for someone else entirely.

Starting alongside Lionel Messi in all three of Argentina’s group games, he failed to score a single goal before suffering a muscle injury midway through the third game.

He missed the next two knockout clashes against Switzerland and Belgium as a result, but came off the bench to score in their penalty shootout win over the Netherlands before making a half-time appearance in the final defeat to Germany.

He’s usually such an authoritative yet controlled presence in Man United’s back-line, but not at the last World Cup.

Valencia’s tournament started off pretty badly, after receiving a red card in Ecuador’s pre-tournament friendly clash against England for grabbing Raheem Sterling by the throat.

Still, he captained his country in all three of their group matches, but was sent off again in their final game against France for a foul on Lucas Digne.

He might not be the most incredible player on this list, but Song has been good enough to play for the likes of Arsenal and Barcelona over the last few years.

And in Brazil, he was seen as one of Cameroon’s key players in midfield.

Unfortunately, he got himself sent off in their second group match against Croatia after striking out at Mario Mandzukic.

Pique is the most-expensive defender to buy on Dream Team World Cup this year.

And we can’t really argue with that, as he’s widely considered one of the best centre-backs of his generation.

But he was simply awful in Brazil, turning out for Spain in their 5-1 defeat to the Netherlands and the 2-0 loss to Chile, resulting in their early and unexpected exit.

To be fair, the entire Spain squad were terrible at that tournament, but Pique took it all particularly hard and nearly walked away from the game all together in the aftermath.

There’s actually two defenders priced at £4.5m on Dream Team World Cup this summer, with Pique being one and Marcelo being the other.

And much like his Barcelona adversary, Marcelo had a tournament to forget in his homeland.

Scoring an own goal in the opening game against Croatia is never the one, while being part of a back-line that shipped seven against Germany will surely be something he’ll want to forget.

On his day, Pepe can be one of the best defenders around.

But amidst his centre-back brilliance, he’s also a bit of a liability at times with his overly aggressive play and short fuse.

To put it simply, the hard-tackling former Real Madrid star pretty much wrecked Portugal’s chances of getting anything out of the 2014 World Cup when he decided to headbutt Germany’s Thomas Muller 37 minutes into their first game of the tournament.

They eventually lost that one 4-0, with Pepe having no further involvement in the World Cup as Portugal failed to make it out of the group.