Calling all fantasy football fans – are you sure you’re ready for the World Cup?

Get set for a rollercoaster month or so as the greatest show on Earth rolls into Russia.

And Dream Team World Cup is the best way to make your experience of the whole thing somehow even more compelling.

DREAM TEAM WORLD CUP Click here to sign up for this summer’s brilliant fantasy football game before it’s too late! 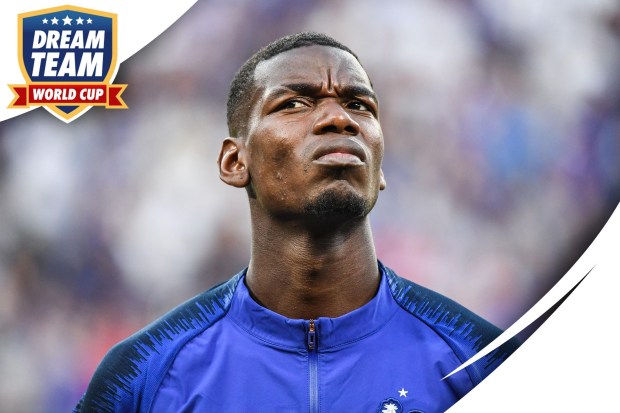 It’s simply the best version of World Cup fantasy football this summer, with the game completely free to enter and £175k up for grabs.

But you’ll need to get your head around the nuts and bolts to truly conquer it.

Luckily for you, we’ve designed this nine step guide to master the World Cup game and give you the perfect foundations for a massive score.

Defenders might well create the bedrock for a solid team but everyone knows the big points scorers are at the other end.

2 The GOAT really is the GOAT

Lionel Messi is the most expensive player on the game at £8m for a reason.

Why Messi is a Dream Team World Cup phenomenon 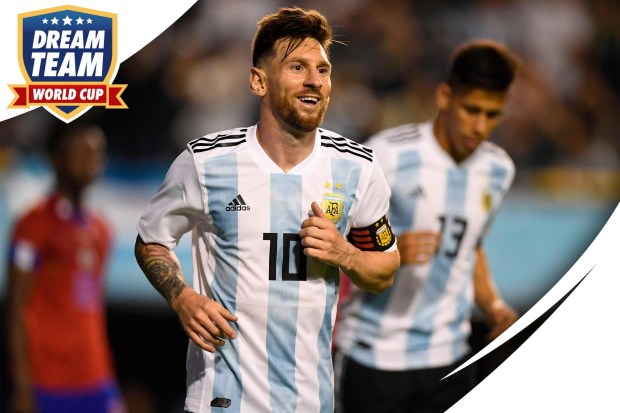 His all-action style and lubricious passing stats mean he’s going to score points even when he isn’t scoring goals.

Messi is pricey but he’s simply a must-have.

3 Don’t be too trigger happy with your transfers

Woah woah, 20 transfers at your disposal.. that’s loads, isn’t it?

All we can say is don’t fall into that trap, with the World Cup encompassing an entire month of action so effectively you’re averaging less than one transfer per day.

The temptation to pull the trigger during the first round of group games is enticing but stay patient and choose wisely.

We’ve published a full proof transfer guide too which should help with your approach.

4 Get your hands on the Golden Boy

Kylian Mbappe is the hottest prodigy on the planet and he simply he has to be yours.

The French wonderkid is priced at just £3.5m on Dream Team World Cup so is an absolute bargain.

He should score a bucket load of goals in an easy group for France whilst saving you money to splash the cash on the even bigger names.

5 In defence of one team

We’ve been banging this drum all season during Dream Team Weekender and the same applies to the World Cup game.

It’s a gamble, but picking a defence and goalkeeper from one nation really can reap rewards.

The likes of Germany, Brazil and France will all be confident of keeping clean sheets in the group stages.

So imagine pocketing four, if not five clean sheet and rating points from just one game? That’s a lovely way to start.

When picking your side you need to be thinking about your dead ball specialists.

Your free kick fanatics, penalty perfectionists and corner conquerors are all far more likely to score goals and assists throughout the tournament.

The likes of Eden Hazard, Philippe Coutinho and… Kieran Trippier should all be under consideration.

7 Muller your mates in style

If there’s one man who knows his way around the World Cup, it’s Thomas Muller.

The German goal machine has bagged 10 goals from just two tournament appearances and has his sights set on the all time scoring record.

So the fact he’s down as a midfielder on the game means picking him is a no brainer, with a goals almost guaranteed outside your striking options.

8 Find yourself a man who can do both

Sometimes a defender is more than just a defender.

The likes of Sergio Ramos and Gary Cahill are both regular goalscorers and, as a result, fantasy football gems.

When picking your defenders have an eye on not only their ability to keep the ball out of their own net, but also their knack of sticking it in the other end too.

Brazil head coach Tite has masterminded a Samba revolution in Brazil since taking over, marshalling a steady defence to compliment their outrageous attacking options.

They haven’t conceded a goal for six games and in Neymar, Philippe Coutinho and Gabriel Jesus have possibly the best attack in Russia.

The game is completely free to enter and will run from the opening game on June 14right up until when England inevitably lift the trophy in the final on July 15.

You will be given 20 transfers at the start of the tournament to use across the duration, with a maximum of three transfers per match day.

Our expert friends over at WhoScored – as they have for the Season and Weekender games – will provide all the statistics that generate the points scoring.

You’ve left it late to sign up but fortunately there’s still plenty of time before the big kick off between Russia and Saudi Arabia.