It’s time turn your mind from club fantasy football to the international scene.

In just 11 days you can tune in for the big one when Russia take on Saudi Arabia, but four days later England will make their bow against Tunisia.

There’s only one thing left to do, sign up to Dream Team World Cup to get your fantasy football team ready and waiting. 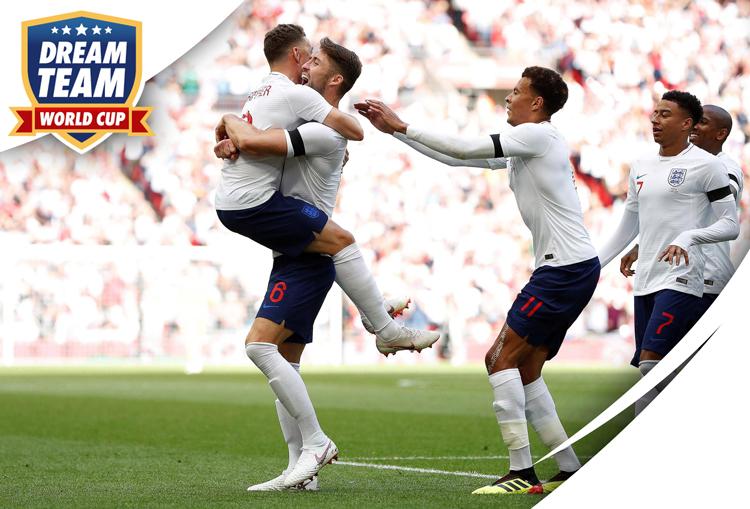 It looks like Gary Cahill could be the one experienced head in England’s back line.

But he won’t just get you points for clean sheets, Cahill is a presence at the other end of the field just like we saw yesterday.

He thumped in the first goal from a Kieran Trippier cross and set England on their way.

Cahill’s a bargain at only £2.5m on Dream Team World Cup and he will get you points at both ends of the field.

Kane continued his red hot form that saw him hit 30 Premier League goals with another sharp finish against Nigeria.

He has done it all season in a Spurs shirt and there’s no reason not to be a bit excited about seeing him do it in the World Cup.

He’ll set you back £6m but with games against Tunisia and Panama in the group stage he should be worth the investment.

Remember the awful days of Kane going to take corners under Roy Hodgson?

Thankfully we now have a more conventional system of our right back sending in deliveries for the big men and it worked a treat.

Trippier forced a good save with an early free kick before he curled the ball onto Cahill’s head to set up England’s opener.

The Spurs could be responsible for several assists from corners and wide free kicks and might even get a goal from dangerous positions.

At £2.5m you could be looking at an underrated points machine.

One dodgy rebound which landed at Alex Iwobi’s feet aside, Pickford looked calm and assured between the sticks.

Hardly troubled in the first half as Nigeria struggled to get going he emitted a sense of calm and made all the right decisions.

And Gareth Southgate has pretty much confirmed the Everton keeper will start in Russia.

At the back of a sturdy England defensive line it doesn’t look like he’ll be conceding many in Russia and could be a hidden gem at £3m.

They might not have looked very dangerous in the first half but Nigeria are no slouches.

But credit to Southgate who’s gameplan was effective and made it look straightforward for the Three Lions.