That’s it for the Premier League and fantasy football for another season.

But with the World Cup tantalisingly close, it’s time to get seriously stuck into the Dream Team World Cup game.

So make sure you pre-register ahead of the official launch on June 1. 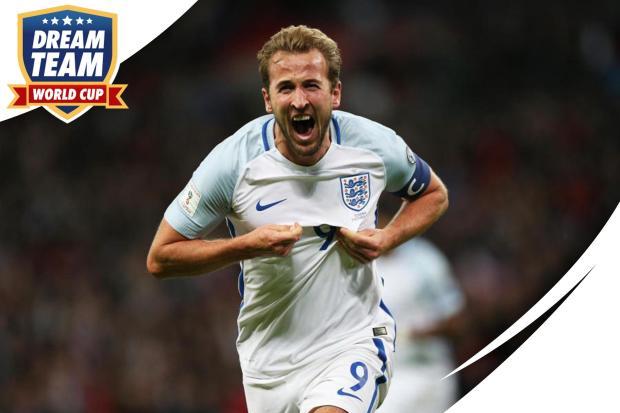 In the mean time, we’ve been looking back at some of the best players from the Premier League this season.

And using our Dream Team metrics and WhoScored’s rating system, we’ve established the top ten best players from outside the top six.

Who takes your fancy?

If we’re being honest, we had pretty low expectations for Brighton’s first stab at the Premier League.

But what do we know?

The Seagulls finished a comfortable 15th in the table and nobody mentioned the dreaded ‘R-word’ all season, while Gross was consistently one of their key players following his £3 million move from German side Ingolstadt last summer.

Theo’s always been a fantasy football favourite, so we we’re glad to see him finally leave the shackles of Arsenal and strike out on his own at Everton.

The nippy winger notched three goals at Goodison Park this season and will probably go down as one of the few shining lights from an otherwise bleak season for the Toffees.

Just don’t mention the World Cup to him.

An excellent final haul of 18 points on Gameweek 36 – thanks to his two goals and Star Man bonus in Newcastle’s 3-0 win over Chelsea – meant the little Spaniard cruised into the 100-points club by the end of the season.

What’s more, crucial strikes against the likes of Huddersfield, Leicester and Arsenal ensured the Magpies their Premier League status in the final weeks of the campaign.

We can’t think of many other bargain defenders more popular than this guy at the start of the season.

Perhaps one of our favourite Dream Team stars of the season.

Tarkowski went from Burnley unknown to England international within a couple of months and very nearly made it on the plane to Russia this summer.

Gareth Southgate opted for Phil Jones instead, which is really making us question everything right now.

Despite his best efforts, Rodriguez couldn’t do much to stop West Brom finishing the season bottom of the pack.

Still, highlights included a brilliant brace against Liverpool in the FA Cup and the match-winner against Man United that sealed the title for City.

He’ll surely be looking for a move back to the big-time this summer.

It was another strong season for Palace’s talisman winger.

At times, he was an absolute nightmare for full-backs and finished the campaign strongly, with decent games against Bournemouth, Brighton and Leicester.

No doubt we’ll all have to endure another summer of ‘ZAHA TO SPURS’ transfer rumours.

When West Ham forked out £25 million for Arnautovic last summer, we honestly thought this one had flop written all over it.

But he’s proven us very wrong and has probably been the Hammers best player this season, often turning up with an important goal or assist.

It was another strong season for everyone’s favourite party-merchant, with 20 goals in the league and a tasty total of points.

In fact, he finished way above the likes of Alexandre Lacazette, Alexis Sanchez and Gabriel Jesus on our points chart and will surely be looking to bang in a couple at the World Cup this summer.

Not bad for a fella who was playing for Stocksbridge Park Steels not too long ago, eh?

It was another great season for everyone’s favourite Algerian.

Despite toying with the idea of moving to Man City back in January, the winger stuck around to finish the season with 12 goals for Leicester and a lovely WhoScored rating of 7.28.

He’s probably off in the summer though, sorry guys.