The Premier League and fantasy football is back after two gruelling weeks of international football.

And there’s a number of tasty fixtures to sink your teeth into this weekend, notably Man City’s clash with Everton that could see them go one step closer with a win and Chelsea’s huge match against Spurs on Sunday evening. 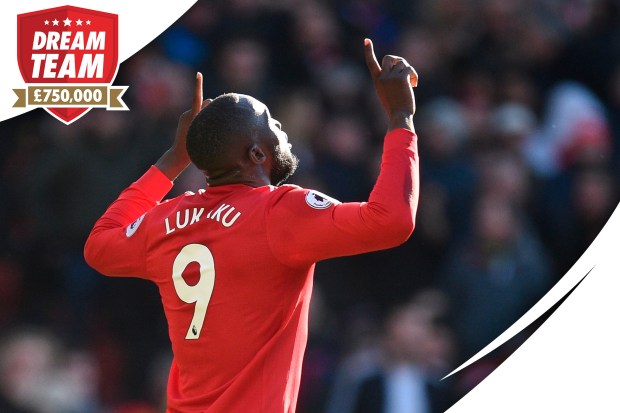 But with all that and more in mind, who should you be picking for your Dream Team this weekend?

Pope must be in dreamland after his England call-up and even though he didn’t make an appearance for the Three Lions in their two friendlies, the experience must’ve been priceless.

He’ll be back between the sticks for Burnley this weekend as they face pretty-much-already-relegated West Brom at the Hawthorns.

Still cheap as chips on Dream Team and one of the best goalkeepers on the game, we implore you to sign him ahead of the end of the season push.

The best defender to pick for Dream Team this season (and a price to boot), Otamendi will go into City’s clash with Everton on the back of a mixed bag for Argentina.

He snatched a goal for his nation in their friendly with Spain, but shipped six in a humiliating 6-1 defeat.

They’ll be no such scoreline against the Toffees on Saturday and we’re sure he’ll be fired up for City’s march towards the title.

Duly the second-best defender on Dream Team, the Spaniard has been one of the most consistent points scorers this season and is by-far one of Chelsea’s stand out players.

He’ll be key for them in their derby with Spurs on Sunday, having been the Blues hero at Wembley in August when he scored both goals in their 2-1 win.

We could talk about Mohamed Salah until we’re blue in the face, but what about his fellow speedy Liverpool winger?

The Senegal international hasn’t been able to match his Reds teammate in terms of goals this season, but is still one of their most eye-catching attacking options and could give Crystal Palace a lot to think about on Saturday, especially if they’re focusing all of their defensive energy on Salah.

Another Chelsea star who likes to be a thorn in the side for Spurs, Willian has been exceptional for the Blues in recent weeks with his performance against Barcelona still fresh in the memory.

He’s still quite reasonable too at £5.8m, compared to fellow midfielders Riyad Mahrez (£6.9m) and Raheem Sterling (£7.1m) and loves to torment their cross-city rivals.

He netted twice in their FA Cup semi-final showdown last season and could be on target yet again here.

Having scored the only goal of the game in Brazil’s 1-0 triumph over Germany, Jesus will be full ofn Easter cheer this bank holiday weekend.

And with Sergio Aguero pulling out of international duty with injury, the youngster could be first-choice at Goodison on Saturday.

Still the most-picked player on fantasy football this term, Lukaku returns to club football having notched two goals and an assist in Belgium’s midweek win over Saudi Arabia.

He’s been in fine form for United recently too, and could make easy work of Swansea.