Now we are getting into the business end of the season it is time to look at who have been the best fantasy football players so far.

There have been some huge scores posted, amazing price rises and embarrassing falls from grace, but we have gone through each team and dug out who has scored the most fantasy points. 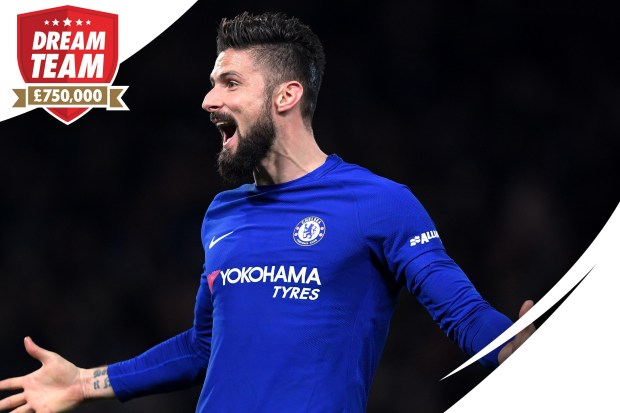 Goals are the key to getting big scores and Aguero is one of the best in the league at it.

Two hat-tricks and four against Leicester have seen the Argentine poacher register 28 points or more on three occasions – you get what you pay for.

Quite a steep drop from Aguero’s score but 198 points is not shabby for a striker playing under Jose Mourinho.

Nearly half of you have selected the striker who scored 85 points in the first six game weeks, although he has been criticized for form this season he has picked up points pretty consistently in recent weeks.

Second place in the race for the golden boot to Harry Kane, Salah is also second to the Spurs man for Dream Team points.

Goals galore has made Salah one of the most expensive players in the game but you get serious bang for your buck – he’s scored 44 points in his last four games.

By the sixth game of the season Hazard had scored just two points, since then he has lit it up with 222 more and been named star man 10 times.

All bow to Kane, the Premier League’s leading scorer is the top points scorer on the game.

His numbers speak for themselves, he has scored 18 points on more on 10 separate occasions, posted a score of 28 three times and even on his bad days ends up with regular scores of eight.

If you haven’t got him in your team where have you been for the past eight months.

Sean Dyche has turned Tarkowski into one of the best centrebacks in the league and his points tally reflects that, he’s at the heart of the Clarets 1-0 wins.

He started the season on £2.5million and is now worth £5.3million, which says it all.

Playing in the last team above the ’11-team relegation scrap’, Mahrez’s points difference to Everton’s best is stark.

After going on strike in February after Leicester refused to sanction his move to City, Mahrez drew a blank against Pep’s side before picking up a handy 10 points against Sheffield, although he’s been a solid performer all season.

Walcott joined from Arsenal in January, but he has hit the ground running at the Toffees, average 7.25 points across his four games.

Honourable mentions to Dominic Calvert-Lewin on 86 and Wayne Rooney on 85.

The striker didn’t play for the first nine weeks before starting with a bang with 15 points against Middlesbrough, he’s averaging 4 points a game which like Bournemouth this season, is pretty average.

It’s a two-way fight between the Ivorian and Richarlison who also has 87 points.

But as pretty much all of Richarlison’s points came early in the season, he has picked up just six since GW13, we are handing this Doucourre who started well with 13 against Liverpool and has been consistent ever since.

The bottom half of the table is full of defenders as top points scorers, Masuaku has had several double-figure performances but unfortunately he is prone to picking up minus points, much like West Ham.

Lots of you got this man in after his goalscoring 18-point haul at Swansea in GW4 and after an injury-hit middle of the season, a goal against Burnley and eight points against Man United looks like the mummy’s boy is heating up again.

At £3.2million Gross has been a sneaky favourite of ours all season, he is pretty sporadic recently going five pointless games before scoring 13 points, then shooting another six blanks before hitting West Ham for 15.

Wilfried Zaha is officially top points scorer for Palace but with his unknown return date from a groin injury we’ve plumped for second place.

Since Christian Benteke’s last-minute miss from 12 yards the Serbian has been on penalty duties and he’s scooped up 31 points in his last six games.

Mawson top scored with 18 points against Reading , added 13 against Liverpool and five against Arsenal,  the Englishman will be crucial to Swansea’s resurgence.

A good start to the season saw Schindler ratchet up 34 points after four weeks but his dip in form has coincided with Hudderfield plummeting down the table – he’s tallying -1 for the last four game weeks.

When your centre back is your top points scorer, your team is probably in deep trouble.

Shaqiri’s tally of just 84 points speaks volumes about Stoke’s season – he picked up 33 points in three games but overall it’s been disappointing.

Hegazi picked up a third of his points in the first two game weeks and despite West Brom’s plights has posted some good scores to nearly reach a century.