There’s no Premier League football this weekend, but there’s still plenty of FA Cup action for fantasy football fans to sink their teeth into for Gameweek 25.

Manchester City and Spurs are playing this weekend in the Fifth Round following their excellent Champions League results, while there’s still a few minnows dotted about in the form of Rochdale and Coventry. 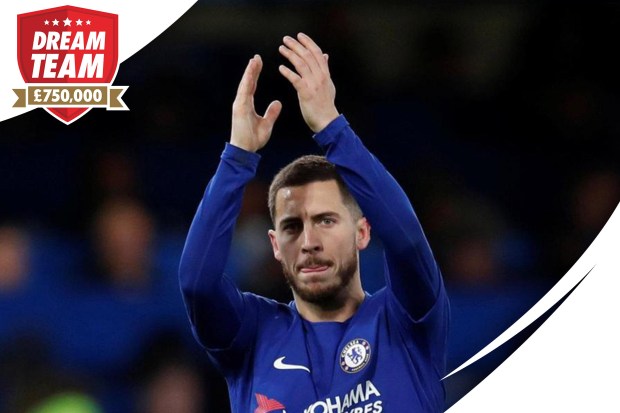 And then of course the Champions League is back again during the week, with Chelsea and Manchester United in action.

So, with all that take into consideration, what changes do you need to make ahead of a bumper few days?

Ospina was simply excellent in Arsenal’s Europa League clash against Ostersunds during the week, picking up a massive 16 points thanks to his penalty save and all-round adept performance.

Did you know that David Ospina’s penalty save last night was the first spot-kick stop from an Arsenal goalkeeper since Łukasz Fabiański vs. Bayern Munich in March 2014?

And it might be worth considering the Colombian for your Dream Team, especially considering the Gunners No 1 Petr Cech is close to be dropped following his recent bad run.

It’s been a rough couple of weeks for Man United, who’ve lost to Newcastle and Spurs since Alexis Sanchez joined from Arsenal.

But one guy who can still keep his head held high – despite not scoring in three matches – is Lingard.

The nippy winger hit his ninth goal of the season in United’s last FA Cup match against Yeovil, and will surely be given a run out against Huddersfield this weekend.

What’s more – as the side’s man in form – he’ll surely get a run out against Sevilla during the week too.

Hazard was Chelsea’s outstanding player against West Brom on Monday, seemingly carrying them over the line against the Baggies.

With his two goals, he notched a very useful 18 points and will surely play some role against Hull on Friday.

‘I enjoyed both goals, especially when we win'

Hear from the man himself after last night's game…👇 https://t.co/l9xBrEquk7

However, expect him to be the Blues undisputed starter against Barcelona during the week, because if anyone in Chelsea’s squad is going to perform against the Catalan giants, it’s him.

Gross has undoubtedly been one of the standout performers for Brighton this season in their maiden Premier League campaign.

The German leads the way on Dream Team points scored for the Seagulls, with his performance in the 3-1 win over West Ham a couple of weeks ago particularly memorable.

While his form in the Premier League has been rather disappointing, Iheanacho’s run in the FA Cup has been spectacular with four goals in three appearances.

He’ll no doubt be a starter against Sheffield United on Friday, and will be keen to continue the Foxes brilliant form in the competition.

Another Chelsea star who enjoyed a good haul on Monday.

‘Dave’ was the Blues defensive linchpin in the win over West Brom, picking up eight points in the game and continuing to be one Dream Team’s most reliable points scorers and popular picks.

He’ll need to be at his very best against Barca during the week, though.

A very valuable three points coupled with brilliant team play. And very happy for the goals ⚽⚽⚽⚽Thanks to everyone for your full support. C'mon City!!! pic.twitter.com/5HYzLwEFGw