There’s no Premier League football this weekend, but don’t despair fantasy football fans because the FA Cup returns in its place.

Now at the Fifth Round stage, there’s only a handful of ‘big’ teams remaining in the competition – with both Manchester clubs and Spurs – while we’re keeping a very close eye on the likes of lower-league sides Rochdale and Coventry. 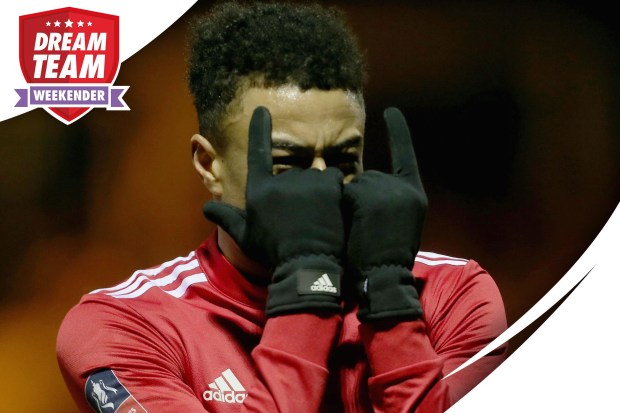 And as you already know, the FA Cup is an excellent opportunity to take advantage of Dream Team Weekender.

Weekender is our fantastic fantasy football game that is completely FREE to enter – and could win you up to £20k every weekend.

All you need to do is pick SEVEN players from the upcoming Saturday and Sunday FA Cup games, with no transfer budget and no limit to the number of players you can pick from one club.

From the bright lights of Turin to the modest Spotland Stadium in Greater Manchester.

Spurs will be flying high going into this weekend’s FA Cup clash against Rochdale, following their Champions League result against Juventus during the week.

Huge character to come back from 2-0 down. Two big away goals and now look forward to the return leg at Wembley. ⚽ #THFC #COYS #UCL pic.twitter.com/iQ3yy1nSLS

But expect a very different line-up to the one on Tuesday, with a number of fringe stars likely to make the cut against the League One outfit.

One of whom will surely be Vorm, who’s been Mauricio Pochettino’s go-to guy in Cup matches and has overseen clean-sheets against Newport and Wimbledon in the competition so far.

Trippier will be somewhat annoyed with his manager for overlooking him for the big Champions League game, but he’ll be more than up for the Cup clash this weekend.

What’s more, with 103 points he’s one of the best defensive picks on Weekender so far this season.

One of the goalscorers against Notts County last time out, Naughton and his teammates will be full of confidence following Swansea’s incredible run since Carlos Carvalhal took over.

8-1 was the scoreline against Notts in the replay last week, and while we’re sure the scoreline will be significantly lower this time around against Sheffield Wednesday, we’re still backing the Swans.

It’s been a rough couple of weeks for Man United, who’ve lost to Newcastle and Spurs since Alexis Sanchez (more on him later) joined from Arsenal.

But one guy who can still keep his head held high – despite not scoring in three matches – is Lingard.

The nippy winger hit his ninth goal of the season in United’s last FA Cup match against Yeovil, and will surely be given a run out against Huddersfield this weekend.

Southampton take on fellow Premier League strugglers West Brom this weekend, and will be keen to build on their 3-2 win over the Baggies just a couple of weeks ago.

Ward-Prowse was one of the goal scorers in that game, and will surely be fresh enough for this tie having played just 70 minutes against Liverpool last weekend.

Gross has undoubtedly been one of the standout performers for Brighton this season in their maiden Premier League campaign.

The German leads the way on Dream Team points scored for the Seagulls, with his result performance in the 3-1 win over West Ham particularly memorable.

He’ll certainly be a popular pick for Brighton’s home clash with Coventry on Saturday.

It’s not exactly been a blockbuster start to life at Old Trafford from Samchez, has it?

Still, the Chilean remains close to our heart following his excellent campaign last season (he was Dream Team’s highest points scorer) and we’re sure he’s only a couple of good games away from being back to his best.

Up against Huddersfield this weekend – who he scored his first United goal against in the Premier League a couple of weeks ago – will be a great time to silence the haters.

Surprisingly benched for the midweek clash in Turin, Son played just eight minutes against Juve so will surely be in line to play this weekend.

11 goals in 34 appearances this season is a brilliant haul for the South Korean and he should undoubtedly be one of the first names in your team for Weekender.

With Daniel Sturridge’s injury against Chelsea, we’re certain this guy will make some sort of appearance against his old employers Southamtpon.

Will he come back to haunt the Saints?

Was the Star Man against Notts County last time out, with two goals and two assists in an all-action display that earned a cool 22 points in Gameweek 23.