We’ve nearly reached the end of January, which means it’s time to seriously think about the changes you want to make to your fantasy football line-up.

And that means any outstanding transfers you still need to make need to be completed as soon as possible! 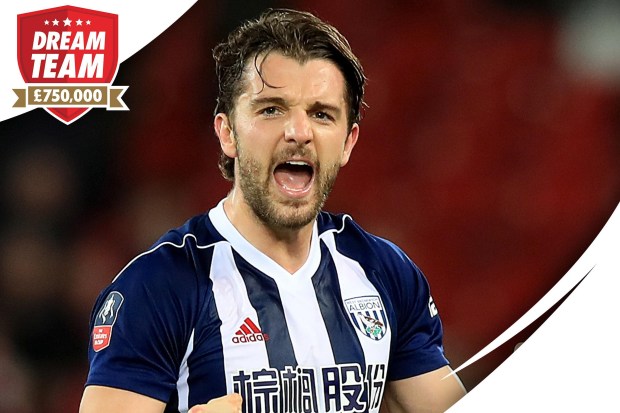 Thankfully, this weekend’s FA Cup action has given us plenty to think about, with Manchester City, United and Chelsea all going through to the fifth round.

But it was bad news for Liverpool fans, who watched their side get knocked out of the competition by relegation candidates West Brom, while Tottenham will have to face Newport again following their disappointing 1-1 draw.

But what else did we learn?

1 Everyone needs Marcos Alonso in their team

When it comes to goal-scoring defenders, look no further than Chelsea’s wing-back sensation.

The Spaniard was on target once again for the Blues at the weekend, netting their third and final goal against Newcastle with a brilliant free-kick.

On to the next round! Nice to celebrate another goal at the Bridge…💪🏼⚽️🎯 #freekick #facup @ChelseaFC

The 27-year-old also played provider in the first-half, setting up Michy Batshuayi for his opener.

With seven goals and two assists this season – and a tasty total of 179 points on Dream Team at the momnent – Alonso really should be in your team.

The Frenchman – who was unceremoniously sacked by Southampton last season, despite a League Cup final appearance and a top ten finish –  has taken the Foxes from relegation strugglers to seventh in the Premier League.

What a great performance by the whole team, very well deserved result. As always our fans were fantastic!!Pleased to add to my FA Cup tally #GodIsTheKindest!!🙏 #FearlessFox pic.twitter.com/cRLxSQiMpg

Even Kelechi Iheanacho is starting to improve under his leadership, netting four goals in his last two FA Cup fixtures.

He’s yet to hit the back of the net in the Premier League, but it’s surely only a matter of time now, right?

Alexis Sanchez’s debut for Manchester United was hardly memorable, but Jose Mourinho will be pleased with what he saw nonetheless.

The Chilean failed to score against lowly Yeovil, but he had a hand in United’s first two goals in their 4-0 win – playing in Marcus Rashford for the scruffy opener and setting up Ander Herrera for the second.

Surely just a glimpse of what we can expect from the former Arsenal forward in his new surroundings.

After all, he was Dream Team’s highest points scorer last season.

No wonder he was one of the most most transferred in players last week, eh?

4 The big boys are taking the FA Cup very seriously

Cup fixtures have always been a slippery slope for fantasy football managers.

After all, the big teams seem to always field a second-string line-up in these games, especially when they’re playing a side from a lower division.

But with City – who are still chasing the quadruple this season – so far ahead in the Premier League, it seems the likes of United, Chelsea and Spurs eye the FA Cup as a very good opportunity for some silverware this season.

As a result, all four teams played significantly strong starting line-ups in their fourth round games, with the likes of Kevin de Bruyne, Alexis Sanchez, Eden Hazard and Harry Kane all thrown in at the start for their respective sides.

5 Jay Rodriguez is the bargain striker you need right now

When he joined in the summer, Jay Rodriguez looked like a great signing for West Brom.

But annoyingly, he was constantly pushed out wide by former Baggies boss Tony Pulis, and the striker’s performances reflected.

But now under Alan Pardew, the former Southampton man has been reverted back to a centre-forward and it’s really starting to pay off.

Five goals in his last six games – including a brilliant brace against Liverpool on Saturday – takes his tally for the season to eight.