Because not only is Pierre-Emerick Aubameyang absolutely rapid, he’s also one of the most fearsome finishers in Europe.

After snapping up his former Borussia Dortmund team-mate Henrikh Mkhitaryan from Manchester United last week, the Gunners have made another major signal of intent.

The Gabon forward was unveiled on Deadline Day after passing a medical, completing a club-record £56m move from the Bundesliga giants.

Only Robert Lewandowski has scored more than Aubameyang in the Bundesliga this season, which is all the more impressive given Dortmund are languishing down in fifth in the table.

He’s been truly lethal during his give seasons with the German giants too, scoring 141 times in 212 appearances across all competitions.

At 28-years-old Aubameyang is currently in the peak of his career but his pace is showing no signs of slowing down.

So, on paper, he certainly looks like a more than fitting replacement for the United-bound Alexis Sanchez.

But where will he play?

Mesut Ozil will certainly be licking his lips at the prospect of two of Europe’s quickest marksmen in front of him.

What will Aubameyang bring to fantasy football?

There’s no denying Aubameyang’s arrival on British shores should make a real splash.

The Premier League already boasts some of the finest goalscorers on the planet and the Borussia Dortmund hitman is right up there with the best of them.

Aubameyang has registered 13 goals and three assists in just 15 Bundesliga appearances this season and has a WhoScored rating of 7.29.

What would Aubameyang bring to fantasy football? 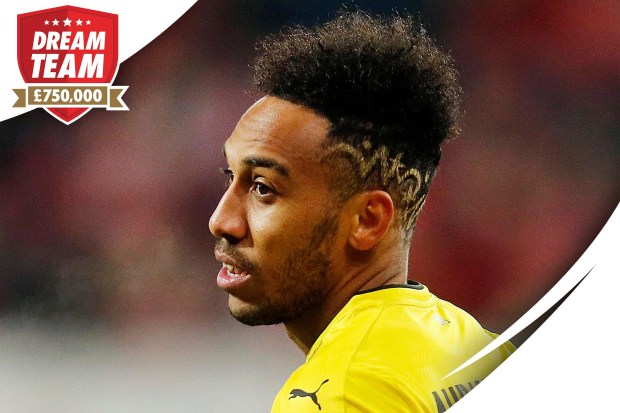 That ranks him first amongst Dortmund players who have made at least 10 starts.

Compared with his Premier League counterparts, he’s also rated higher than the likes of Lacazette (7.09), Riyad Mahrez (7.28) and Mesut Ozil (7.26).

So Dream Team fans will be chomping at the bit.

And we can officially reveal Aubameyang has been priced at a very reasonable £5.0m for your fantasy football needs.

Does he go straight into your Dream Team?