Catch your breath while you still have the chance – because Premier League and fantasy football is back TONIGHT.

A bumper Game Week 13 sees a full midweek fixture list to feast upon after the excitement from the weekend. 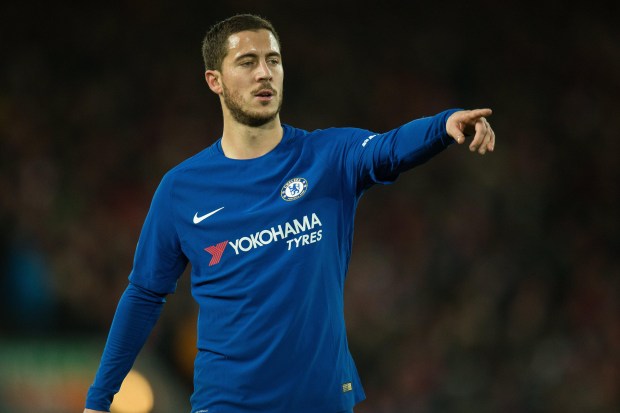 But which players should you be looking at or casting aside after the results over the last few days?

Sterling’s recent form has taken him into third in the Dream Team player points rankings, sat behind only Harry Kane and Mohamed Salah.

Not only is the winger popping up with goals, he’s producing big ones at vital times for Pep Guardiola’s all-conquering side.

Sterling has scored three winners in his last seven appearances in all competitions, including the albeit fluky strike against Huddersfield on Sunday.

He’s cheaper than the likes of Kevin De Bruyne (£7m) and Leroy Sane (£6m) and far better value for money at the moment.

Jump on the Hazard brigade while he’s still relatively cheap.

That’s because the Belgian is really starting to purr into life this season after a stellar few weeks in front of goal.

Hazard has six goals in his last seven games and, while he didn’t score, was the best player on the pitch against Liverpool.

His price is only going in one direction and with Newcastle, West Ham and Huddersfield on the horizon he’ll be licking his lips.

Where’s this come from?

Hughes has lit up the Premier League in recent weeks after a delayed start to life with Watford.

The former Derby midfielder has scored in consecutive games and looks set for a sustained run in Marco Silva’s impressive side.

At £2.2m, he’s worth your consideration.

You have to feel for Pickford.

His individual performances have been pretty decent on the whole for Everton – it’s just a shame about the shambles in front of him.

Pickford conceded four at Southampton – which is fairly unheard of in recent seasons – to continue his plunge down the price chart.

At £0.7m and averaging 0.4 points a game this season, he’s been a terrible pick for the 16.4% of Dream Team managers who still have him.

Wonderful player, yes, but we need more from Eriksen.

The Dane may have jettisoned his country to the World Cup in Russia but his form has really tailed off for Tottenham.

Eriksen has neither scored nor assisted in Spurs’ last five games, coinciding with their slump in form.

Another zero this weekend has had his 17% Dream Team managers scratching their heads.