Fantasy football is nothing without those diamonds in the rough.

The bargain players that prove the difference at the end of the season.

So that’s why we’re taking our hats off to our bargain of Game Week 8 and possibly the budget buy of the season – Swansea’s Tammy Abraham (£3.2m).

Abraham has almost single-handedly kept the Swans’ heads just above the relegation mire so far this season.

Indeed, Paul Clement’s side have managed just five goals all campaign in the Premier League – and the former Chelsea striker has four of them.

Two of those came against Huddersfield last weekend which earned Abraham that vital Dream Team Star Man award and 18 points in total for the Game Week.

How has Abraham got on this season on Dream Team? 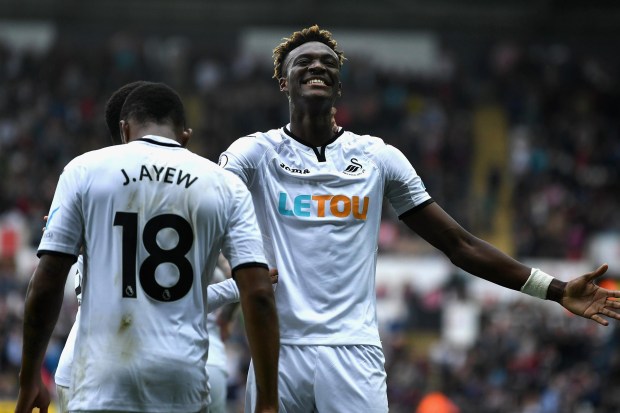 So why is he so criminally underpicked?

Abraham has been selected by just 1.3% of Dream Team managers this season – making him less popular than Olivier Giroud and Alex Oxlade-Chamberlain despite scoring more than that duo combined.

But why else does he deserve your attention?

Well Abraham and Swansea have some pretty favourable fixtures on the horizon.

As well as facing manager-less Leicester on Saturday afternoon, they then take on Brighton, Burnley and Bournemouth in three of their next four Premier League games.

The Swans are also in action against Manchester United in the League Cup – a competition Abraham has already scored in this season too.

At £3.2m he’s considerably cheaper than Giroud, Theo Walcott and Josh King and has outscored the lot of them.

So what are you waiting for?

Time to put your trust in Tammy.

Christian Eriksen or Philippe Coutinho? Why not both in this weekend’s big game?

That means you don’t have to worry about only picking one star playmaker when Tottenham and Liverpool lock horns in weekend’s tastiest encounter on Sunday afternoon.

Just select seven players from across the Saturday and Sunday Premier League fixtures for your chance to bag that £5k prize this weekend.

Flopped so far this season? It doesn’t matter, as Weekender allows you to start afresh every single weekend. Let the games begin – sign up to play here!

COUTINHO OR ERIKSEN? PICK BOTH WITH DREAM TEAM WEEKENDER