Fantasy football players are always faced with the same dilemma – just how do you fit all the best players into your side on a limited budget?

The Premier League season is already starting to take shape with both Manchester clubs looking like the sides to beat.

United and City have identical records so far having won four of their five matches, scored 16 and conceded just two.

Unsurprisingly Romelu Lukaku and Sergio Aguero are their respective shining lights, with both strikers firing five goals apiece so far in the top flight and another each in the Champions League.

As a result they’re riding high at the top of the Dream Team standings too, with Lukaku just edging out the Argentine by 57 points to 56.

So how do you get both goal machines in your team if they’re two of the most expensive players on the game?

Not easily if you’re playing the traditional Dream Team Season game unless you make some serious sacrifices elsewhere. 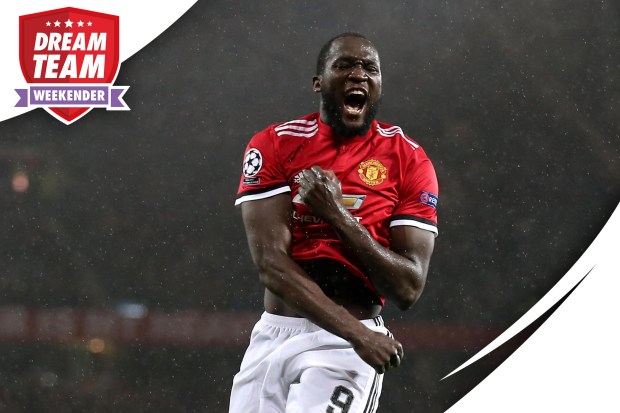 That means you can pick any player you want every single week without having to worry exceeding that £50m limit.

How does it work?

Well Weekender, as the name suggests, focuses just on the Saturday and Sunday games and refreshes on a weekly basis.

That means if you have a shocker one weekend, you don’t have to worry as you can start from fresh the weekend after. Hallelujah.

You have to pick seven players with no limit on the amount of players from one club. So yes, Manchester United fans, you could feasibly pick a team exclusively consisting of Red Devils stars.

It’s absolutely free to enter and there’s £5k up for grabs every week, with larger jackpots available when serious heavyweight contests like Liverpool v Manchester United in October.

You can also take on Arsenal legend Ian Wright – who needs to be put in his place – in his ‘Tackle Wrighty’ Mini-League by entering the pin WKXC4D7M.

So there’s your solution to the age old Lukaku or Aguero dilemma. Simply pick both with Dream Team Weekender.

WANT TO PICK BOTH LUKAKU AND AGUERO? DREAM TEAM WEEKENDER IS THE PLACE