Roll up, roll up – it’s time for us to once again focus on another weekend of Premier League action and fantasy football!

And have we got a treat in store for you this week, as we can reveal a new addition to Dream Team.

Our pick of the week this week is Stoke City’s Eric Maxim Choupo-Moting, who has been added to the game for a very reasonable £2.5m.

With the Potters facing Newcastle this weekend, he’s likely to be a shoo-in as a midfielder for your Dream Team Weekender.

If you do decide to make some changes ahead of Gameweek 5, then why not think about getting in the former Schalke man who bagged a brace last weekend?

The fact the Cameroonian is listed on the game as a midfielde could certainly help your cause.

Why? Well, Choupo-Moting is occasionally deployed as a striker, and plays in a very advanced role for a midfielder.

The powerful and rangy winger scored twice for Stoke against Manchester United last weekend, so it’s worth considering if you think he can repeat those antics away at Newcastle.

What can Eric Maxim Choupo-Moting bring to your Dream Team? 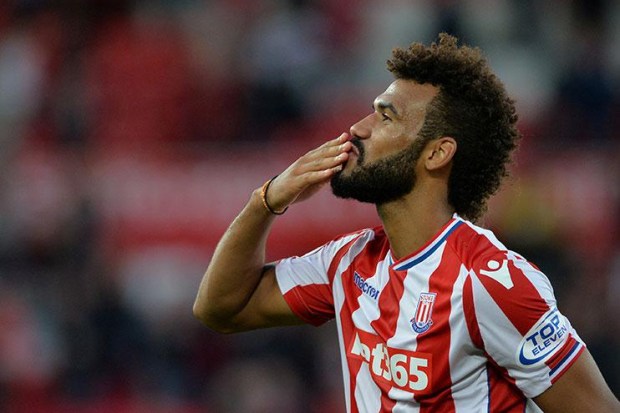 Choupo-Moting arrived at Stoke from Bundesliga side Schalke after spending three years at the club.

He scored 22 goals in 105 appearances for the Gelsenkirchen club, and joined the Premier League side on a free.

Stoke have started their season in a very, well, Stoke sort of a way.

They’ve picked up one win, two draws and one defeat so far this campaign, leaving them 12th in the table.