Another day, another Monaco star linked with a move to the Premier League – which is more good news for all of you Fantasy Football managers out there.

Thomas Lemar – one of the heroes of Monaco’s Ligue 1 triumph last season – is reportedly Liverpool’s main target between now and the end of the transfer window as they look to replace Barcelona-bound Philippe Coutinho.

Lemar was a target for both Arsenal and Tottenham earlier in the summer but both north London clubs baulked at the Ligue 1 champions’ asking price.

That hasn’t put Liverpool and Jurgen Klopp off though, with the Reds preparing to splash over £75m on the player to make him their cub record signing. 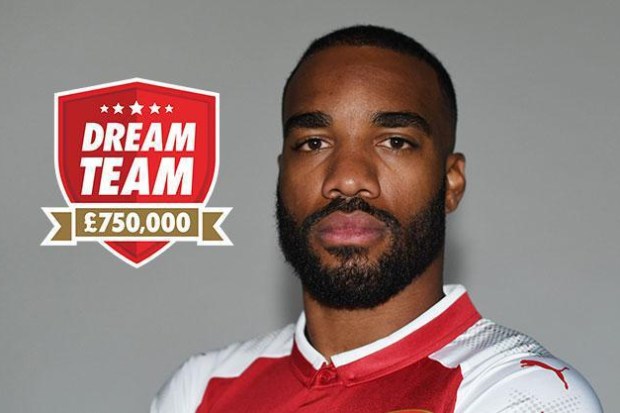 Monaco exceeded all expectations, winning the French title and reaching the Champions League semi-finals, with Lemar playing his part both domestically and in Europe by scoring 14 goals across all competitions and recording 17 assists.

That’s probably why Monaco are holding out on big money for him, having already snubbed an offer of £40million from the Gunners.

What could this mean for your fantasy football team?

That makes Lemar the fifth-highest rated played in the French top-flight last season, with teammate Fabinho slightly ahead of him in the rankings.

Lemar’s appeal for Arsenal is undoubtedly his versatility, as he’s able to play on either wings as well as through the middle.

While he’s predominantly left-footed, he’s also competent with his right-foot and is renowned for his dribbling ability and his range of passing.

He’s not bad at free-kicks, either.

Looking at the player valuations on Dream Team this season, we reckon Lemar would be valued around the same as Liverpool newboy Mohamed Salah and potential Arsenal teammate Theo Walcott (both £4.0m).

Weekender is the most popular new fantasy football game around with hundreds of thousands of you signing up in the first two weeks of the season.

It requires you picking seven players with no limited budget from the Saturday and Sunday fixtures.

Weekender refreshes every week, allowing you to forget about your Season team if it’s already struggling.

It’s free to enter with £10k at stake for the winner every single week.