Fantasy football is back with a bang with the return of the Premier League last weekend – and frankly it’s nice to get some structure back in our lives.

But while hundreds of thousands of you have signed up to play the traditional Dream Team Season game this season, we’d like to formally introduce you to its little brother.

So if you missed the boat with the Season game or if you fancy another challenge to your fantasy football agenda, get stuck in… 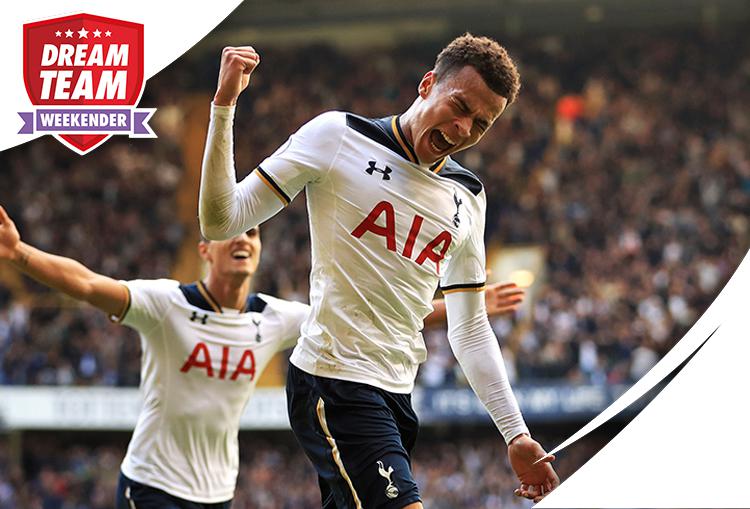 Well, like the normal Season game, Weekender is completely free to play with a total prize pot over the entire season of £300,000 to dish out to the weekly winners.

The main game rules are:

For example ahead of this weekend’s Premier League fixtures, would something like this might tickle your fancy? Sign up to see if you can better it!

What are the perks of playing Dream Team Weekender?

Think of Weekender a bit like your regular accumulator, but this time it’s completely free to play and with a fantasy football angle instead of hoping your ambitious eight-fold comes in.

Weekly cash prize of up to £5,000 will be awarded to the winners, with smaller cash prizes then dished out to the runners up. The size of the kitty depends on how the weekend’s results pan out.

The main advantage of the game is your ability to dip in and out of fantasy football when and as you wish.

Everybody knows how damaging one bad week of the Season game can be to your chances of glory at the end of the campaign, so the fact Weekender allows you to recycle on a weekly basis gives you a fresh start to go again.

You can still get competitive against your mates too with the normal Mini League system in force.

When can I sign up to play Dream Team Weekender?

There’s a simple answer to that – now!

Weekender refreshes every Sunday night after the last Premier League game commences, so you can start signing up to the following weekend’s game almost immediately.

As an indication of it’s popularity, over 40,000 people had already signed up to play Weekender this weekend by Monday evening…

The same applies to Weekender, so whether it’s Giroud Sandstorm, Neville Wears Prada or Teenage Mutant Ninja Skrtel, check out our foolproof list to help you decide.