Down the years some of the best footballers to play the game, from Zinedine Zidane to Michel Platini to Jean Alain-Boumsong, have donned the black and white.

But the story behind how the zebra got its stripes has nothing to do with Italian sartorial elegance. It’s all down to League Two minnows.

Take your mind back to 1903 if you will, when footballers still wore long johns, and couldn’t afford a Tesco meal deal with their weekly wages.

Juventus had grown tired of their pink shirts fading, so they reached out to English team member John Savage, who in turn got in touch with a friend back home in Nottingham.

Savage’s friend, an avid Notts County fan, sent a set of black and white stripes over Turin, and the legend was born.

While Juventus have gone on to become one of the best sides in world football, Notts County are lurking in the midst of League Two.

But the Old Lady never forget where they came from. When the time came to pick a team to open their new stadium in 2011, there was only one name in the mix.

Notts County, then playing in League One, headed over to Turin to take on Alessandro Del Piero, Gianluigi Buffon and Andrea Pirlo.

And they only went and nicked a 1-1 draw! 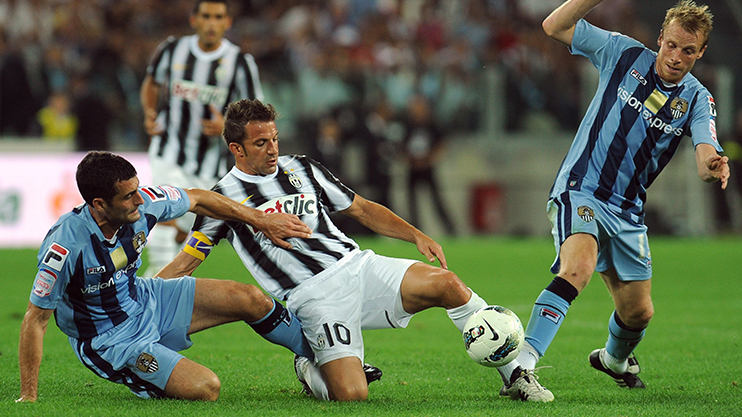 Lee Hughes will go down in history as being the first man to score in the Juventus Stadium, now graced by Paul Pogba and Paulo Dybala.

So next time your watching Juventus battering the competition in Serie A, doth your cap to the oldest professional football club in the world, Notts County.

VIDEO: Juventus fans know how to create an atmosphere